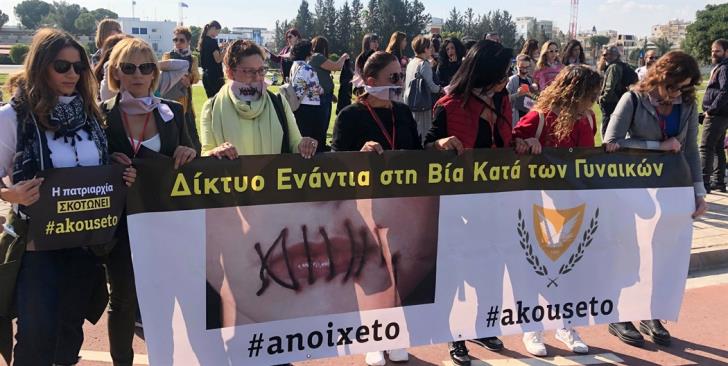 Rape victims in Cyprus lack enough support, despite positive steps taken by Cypriot authorities, according to the first evaluation of Cyprus by the Council of Europe’s Group of Experts on Action against Violence against Women and Domestic Violence (GREVIO).

GREVIO’s report which was published on Wednesday criticises the dearth of comprehensive support for rape victims in the country.

In particular, GREVIO notes that specific counselling and comprehensive assistance for victims of female genital mutilation (FGM), forced marriage or rape are lacking, resulting in a serious gap that should be closed. Rape victims residing outside Nicosia “are especially vulnerable and lack support,” the report notes.

GREVIO’s findings address the “legacies” of sexual violence, referring specifically to the victims of conflict-related sexual violence in 1974. The report stresses the need for specific counselling services to address long-term trauma and suffering.

GREVIO also criticises the prejudices and patriarchal attitudes prevalent in authorities, which can lead to the misrecording of incidences of violence against women and police inaction.

The report finds moreover that some judges and prosecutors have displayed sexist and misogynist attitudes towards victims, reflecting an inadequate understanding of the paradigm shift in proving rape following the amendment to the law defining the sexual offence.

Another important concern raised is how forensic evidence to help victims can only be taken on by a forensic expert, provided the victim reports the offence to the police: this deprives victims who do not feel ready to report violence to the police of the ability to produce strong evidence and thereby obtain justice, should a victim change her mind at a later time and want to report the crime. Furthermore, only four forensic experts, who are responsible for taking evidence in respect of all types of crimes, are available in the entire country.

Despite a revision process underway for custody and visitation rights, both the law and court practice do not ensure that domestic violence incidents or other forms of violence against women are considered in reaching a final decision, the report says. Nothing indicates that family courts inquire into existing risk assessments made by law-enforcement officers or social welfare staff, with a view to taking them into account and determining the best interests of the child, or whether the courts check if criminal proceedings are pending against the abusive parent or have been brought in the past.

GREVIO, which monitors treaty implementation, welcomes, for example, Law 115(1)/2021, which criminalises many forms of violence against women. Furthermore, amendments made to the definition of rape to align it more closely to the treaty – “no means no” – also are lauded by GREVIO, as is the entry into force of a 2021 anti-harassment and stalking law and a 2020 law against sexism.

Based on a visit to Cyprus earlier this year, the report moreover praises the recent opening of the Women’s House in Nicosia, a crisis centre that offers domestic violence victims a complete range of support services, 24 hours a day, seven days a week.

Among report recommendations, GREVIO urges the Cypriot authorities to: