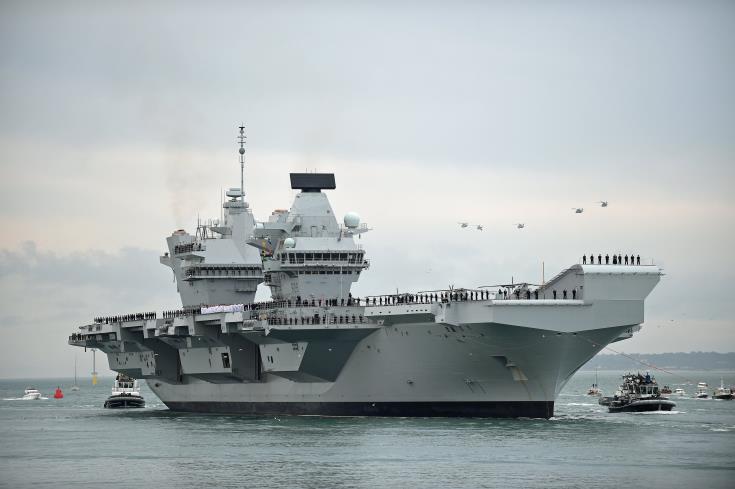 The British Navy’s most powerful flotilla since the Falklands War has been decimated by Covid-19 after sailors went raving in Cyprus, The Mirror reported on Wednesday.

Part of the crew tested positive for the virus after recently stopping by the city of Limassol.

It is believed the people who tested positive include at least 100 crew aboard the HMS Queen Elizabeth, who have already received two doses of a coronavirus jab.

It is not clear how many of the 3,700-strong crew contracted the virus, but a Navy spokesperson said it was only “a small number”.

Sources said nobody needed urgent treatment and the number of infections is starting to fall.

The ships, however, will have to stay at sea for at least another three weeks.

Captain Steve Moorhouse urged the crews to take daily tests and try to avoid contact with other people as much as possible, for example avoiding to go for dinner all at the same time.

A Royal Navy spokesperson said that only a small number of crew tested positive and measures including regular tests, social distancing and a test and trace system have been put in place.

By Annie Charalambous
Previous articleUNSG’s report on good offices mission in Cyprus circulates as official document
Next articleWish you Were Clean Vol II: Beach Clean Up Campaign in Mazotos