Pupils in Cyprus to strike for climate change 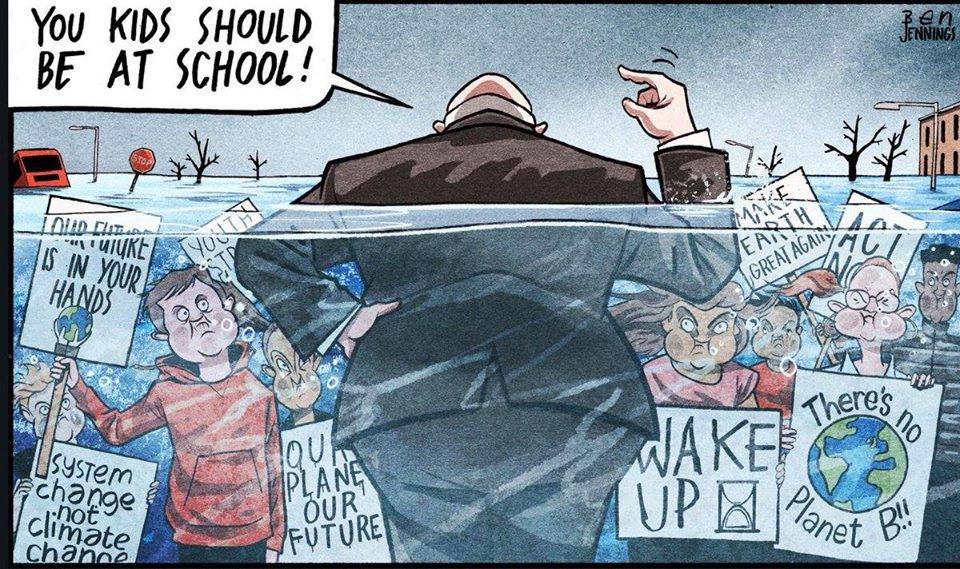 Pupils in Cyprus will  gather outside the House of Representatives on Friday at 10:30 am to protest over climate change, taking their cue from Swedish schoolgirl Greta Thunberg whose weekly “school strike for climate” has won a global following.

Friday was named “Global Climate Strike” day, as pupils from over 40 countries will participate in the protests.

According to the organisation Youth for Climate Cyprus, the pupils aim to show MPs that climate change is an extremely significant issue and “its urgent prevention is crucial for the survival of humanity and the planet Earth in general”.

“We are demonstrating to demand for the following:
1)The government aligns its targets and policies to meet the greenhouse gas reductions necessary for limiting warming to 1.5°C,
2)The government dedicates the necessary resources to achieve the aforementioned targets,
3) The strengthening of the education system as regards the climate crisis in the public schools’ curriculum but also the introduction of experiential workshops,
4) For the Government and national decision bodies to take greater action towards eradicating plastic pollution and restoration of polluted ecosystems,
5) For action to combat climate change to be taken in a socially just way.”

The organisation calls on all people to join them.

For those wishing to come from Limassol, Youth for Climate Cyprus said that it arranged for private bus transport.

Those wishing to travel to Nicosia by bus to attend the Climate Strike must complete the electronic form by no later than 20:00 on Thursday, 14/3/2019.

Departure from Limassol: 8:00am

By In Cyprus
Previous articleWoman dies after being discharged from Paphos hospital; family claim medical negligence
Next articleTransport Minister: New industrial port of Vassilikos to be ready by 2023