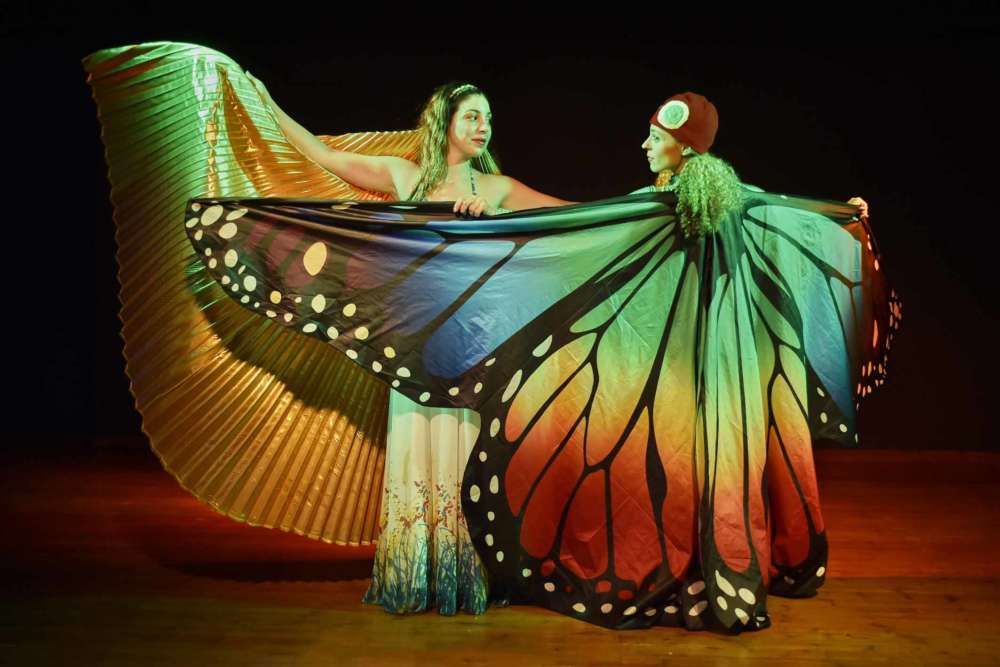 Adressed to children age 3 to 10, the play tells the story of ‘Pupa’, a young and unique caterpillar who is about to transform into a vibrant butterfly. She’s about to discover what it means to be able to fly and enjoy the realms of the world from above. Her adventurous nature leads her on a journey that makes her transformation even more exciting. When she enters a circus, in an unknown land, Pupa discovers the pleasure and importance of living life at its fullest whilst savouring every moment of it. Pupa’s story is therefore based on an adventure, a journey in time and the quality she attach’s to it.

Regular shows take place every Saturday at 5.00 pm and every Sunday at 10.30am at Theatro Dionysos in Nicosia until the end of November. The theatre play is in Greek. For reservations call 22818999 and 99621845.

“Pupa” is Melissa Hekkers third published children’s book. Her second children’s book was a nominated for the State Literature Prize in 2012, while her first book “Crocodile” won the State Prize for Illustration in 2008. She also published a poetry book in 2013. In 2015 – 2019 she publishes her popular 3 part book series known as My Nicosia Mandala, My Akamas Mandala and My Cape Greco Mandala. Her books have been distributed in Cyprus and Greece. Melissa Hekkers is a journalist based in Nicosia, Cyprus.