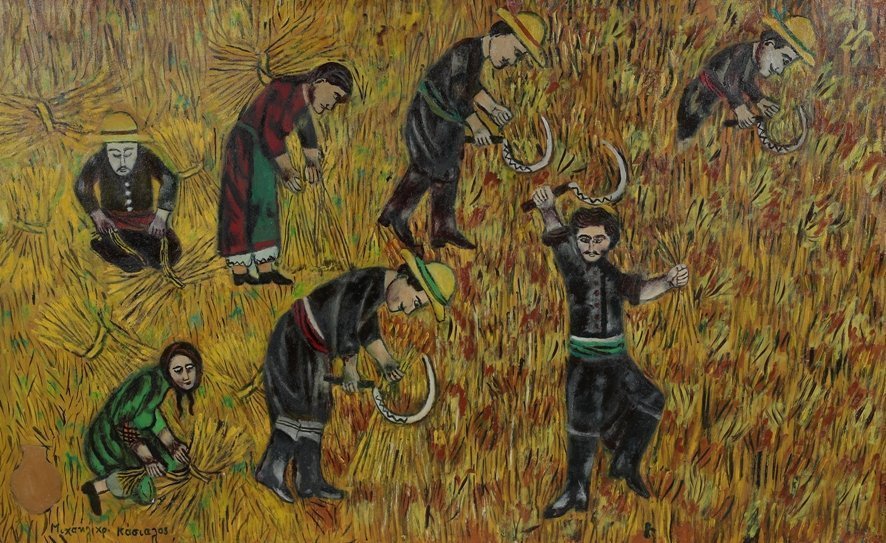 The painting titled Harvest, created by Michail Kashalos, far surpassed the sum of €18,000 that it was expected to draw at the 26th Psatharis Auction, held at the Hilton in Nicosia earlier this month.

Tense bidding by spenders determined to take Harvest home pushed the winning price to nearly double the painting’s estimate to €32,819.

Of the 120 items offered, 76 found buyers. The sale totalled €227,391, equalling 90 percent of total value, a 10% increase compared to last year’s spring auction. The result exceeded expectations, noting a record high since the Cyprus economy came close to collapse in the period 2012-13.

“It is a clear sign that the art auctions market is recovering,’’ said Nicos Psatharis, founder of the auction house, the oldest in Cyprus. 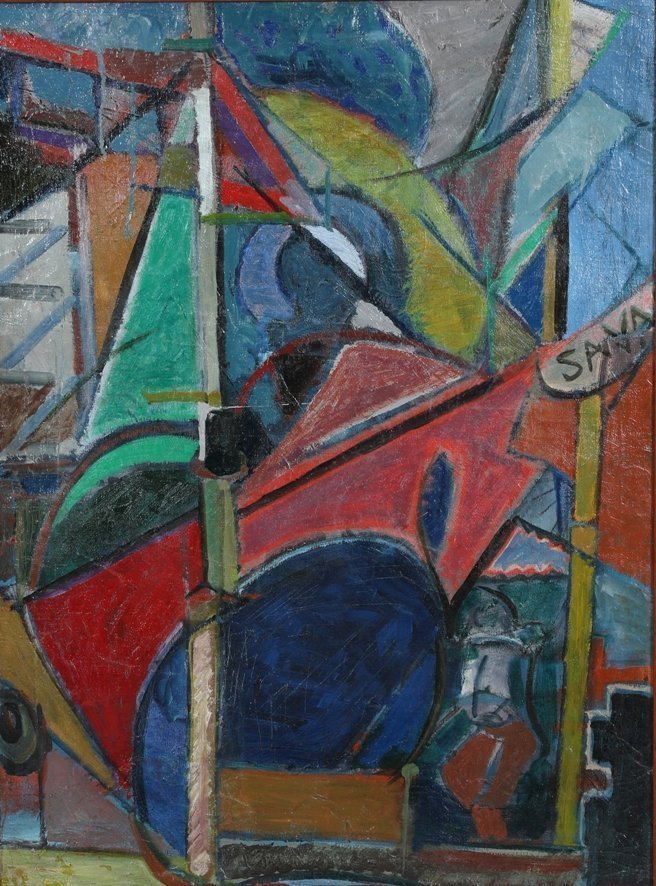 Among the works offered on Wednesday evening Abstract Landscape a masterful geometric by modernist Christoforos Savva who had resurfaced in the market was sold for €25,927, the second highest price paid at the auction. Bidding for the piece, which was expected to lead the sale, started at €15,000 under the evening’s auctioneer and was drawn out between determined bidders eventually topping its estimate by nearly €11,000. 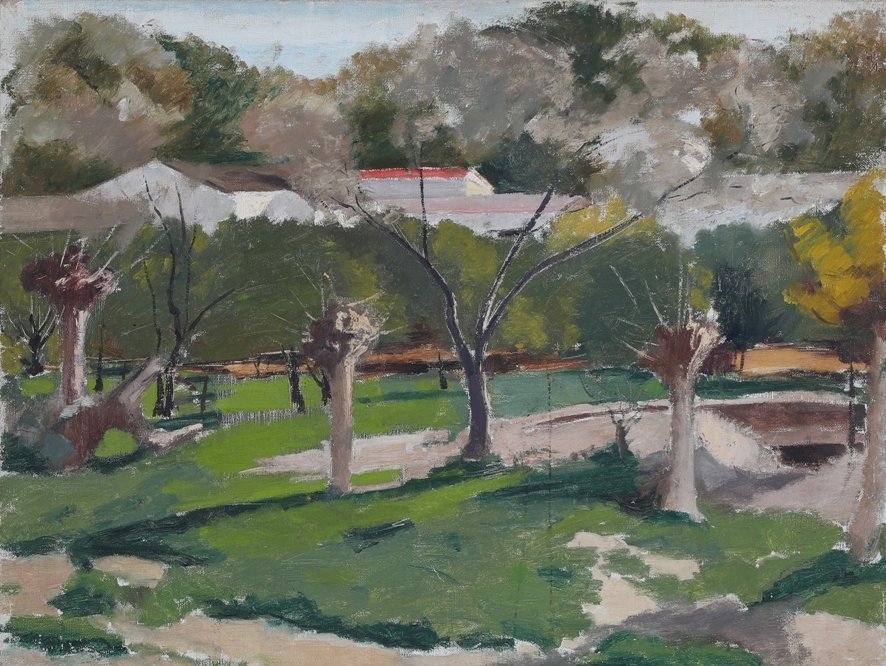 Another star of the evening, a landscape by Adamantios Diamantis with the title The Field, was sold for €22,391, well above expectations of €19,000. A landscape titled Dusk by the Almond Trees, by Telemachos Kanthos, which held fourth position among the priciest items of the collection, went under the hammer for €10,017 surpassing its €8,500 estimate. The painting Alona by Telemachos Kanthos fared within its predicted price fetching €8,249. 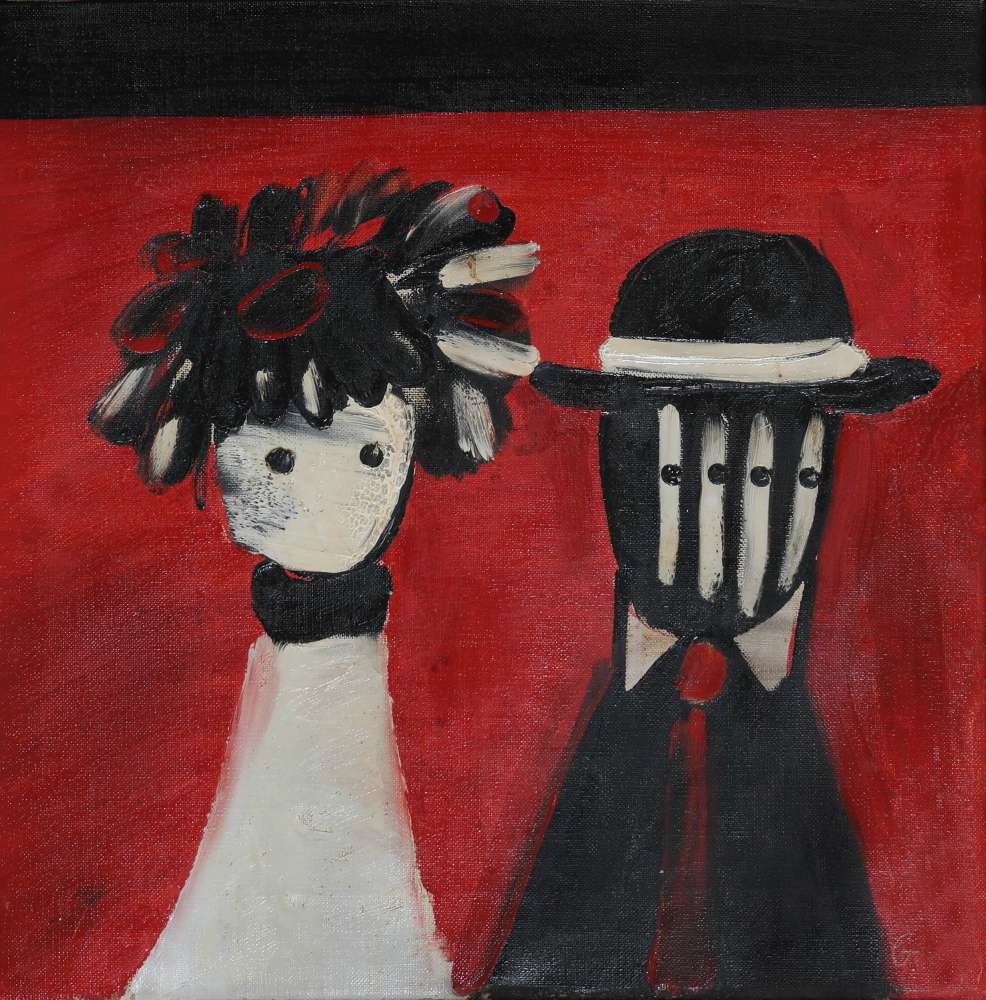 A bright spot of the evening, The Couple by Greek artist Yiannis Gaitis fetched €5,421 after seven intervals. Bidders fought each other also for The Great Card Players by Lefteris Economou which fetched €7,071. Another painting by Economou, with the title Othonos Street sold for €5,185. A painting with the title Combinations for Contemplation, by Marios Loizidi also surpassed its predicted price bringing €5,303.

A total of six paintings by Xanthos Hatzisoteriou went under the hammer with the painting Paralimni fetching the highest price at €4,360. Bidding was much tenser for the artist’s painting The Figures, which sold for €2,592, surpassing its €1,000 estimate after 12 intervals.

Lower spenders fiercely fought each other for Angel by Giorgos Erotokritou which at 10 intervals went under the hammer for €1,119.

“We have been witnessing some fierce bidding for paintings with medium and lower estimates. This could mean that lower spenders who are recovering financially are coming back to the market,” said Nicos Psatharis.

“We also see bidders from younger age groups. The latter may prove to be tomorrow’s investors in medium and high value art,” he said.

The results of the 24th Psatharis Auction can be viewed at www.psatharis-auctions.com.cy