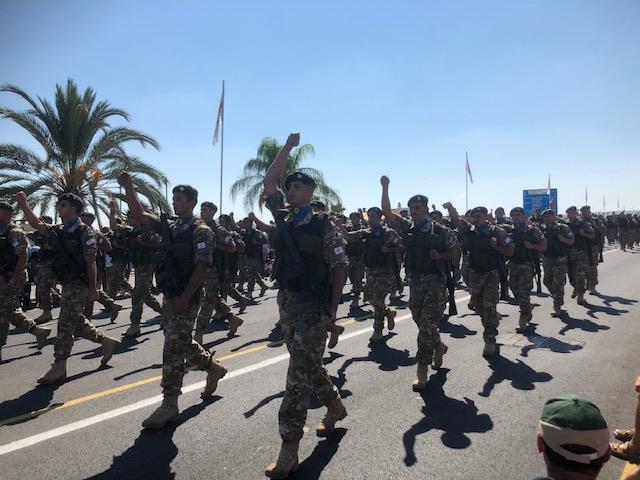 We remain steadfast on our principles and forge ahead in a spirit of responsibility and patriotism, President Anastasiades declared on the 61st anniversary of the establishment of the Republic of Cyprus, following the 1960 London-Zurich agreements, ending British colonial rule.

In a twitter upload, he said: ’61 years for the Republic of Cyprus. We are proud of our peoples’ struggles and sacrifices and remain committed to our principles, moving forward with responsibility and patriotism’.

A military parade was held in celebration of the anniversary at the central Iosif Hadjiosif Avenue in Nicosia, with President Anastasiades taking the salute, along with defence minister Charalambos Petrides and National Guard chief, general Zervakis.

This year, per covid-19 directives, a limited number of guests were allowed, while the public attended with a coronavirus safe pass.