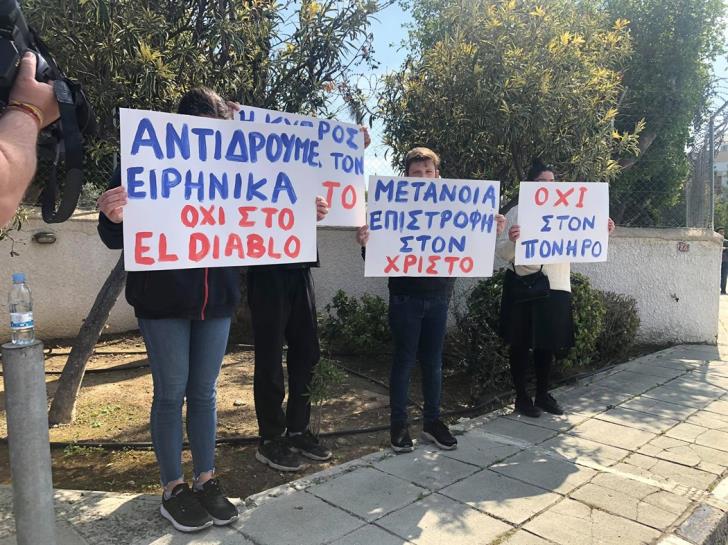 Protesters on Saturday gathered outside the Cyprus Broadcasting Corporation (CyBC) in Nicosia demanding that El Diablo – the ‘diabolical’ song chosen to represent Cyprus in this year’s Eurovision song contest – is withdrawn.

“Our position is that the song is an anthem to dark forces,” said a resolution handed to Panicos Hadjipanayis, head of news of the state broadcaster which s the one choosing the annual Eurovision entry.

“The song – ‘El Diablo’ – literally means the devil and proclaims nothing else but mankind’s submission to humiliation…it is an insult to our people, our country,” added the resolution. The protest, organised by the Orthodox Youth of Cyprus, follows strong outrage earlier in the week by organised religious groups as well as an official condemnation by the Holy Synod.

The Synod had called on the government to prevent El Diablo from representing Cyprus and replace it with another one expressing the country’s traditions, history, and culture.

The government’s response was that even though they respect each ad everyone’s views and beliefs the song will not be withdrawn since it was democratically selected.