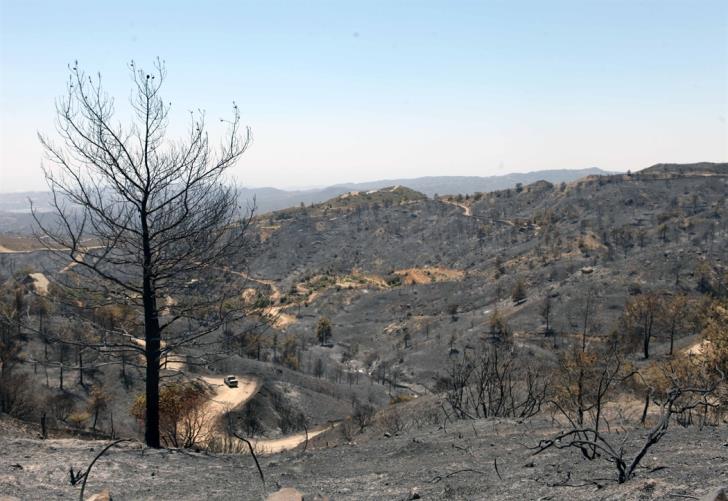 Greek scientists assisting the government in efforts to counter anticipated serious floods and landslides in the Autumn following July’s huge wildfire in Arakapas area say the issue is three-dimensional.

The wildfire was described as the worst in Cyprus’ history since more than 50 square kilometres of forest and farmland have been destroyed.

Dr Efthymios Lekkas who heads the team of scientists from the National Kapodistrian University of Athens that visited the area on Wednesday elaborated on the three dimensions.

“The first dimension is prompt action to protect the area from the imminent dangers of landslides, liquefaction, soil erosion, floods, infections etc,” he said.

The second dimension is how environmentally the area will recover within a period of 2 to 3 years considering that nature acts on its own without humans’ help, he added.

Regeneration in burnt area takes place at lowest conditions that an ecosystem can reach after it has been completely destroyed.

And the third parameter is the economy and helping the region socially which is a matter of political decisions and actions, he also said.