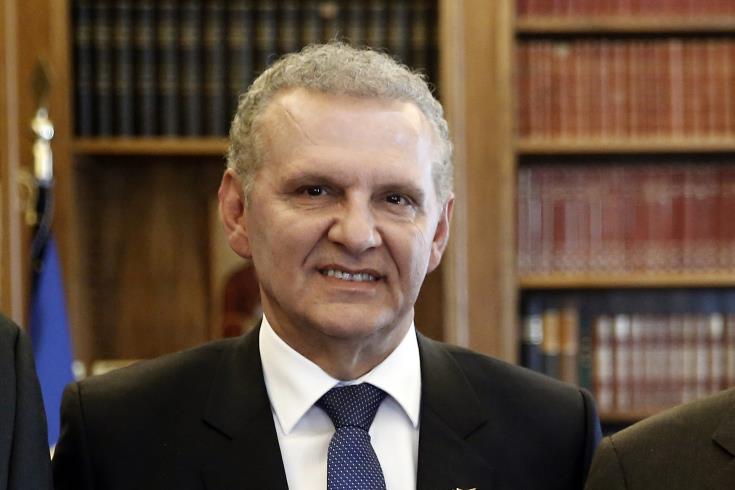 The former British Military Hospital (BMH) is the birth place of many Jewish children. With today’s Holocaust Memorial Event we mark the 73rd anniversary of the closing of the detention camps and we humbly pay our tribute to all Holocaust survivors.

During the difficult times of detention of the Jewish people here, the people of Cyprus stood next to them in solidarity and compassion. The interaction between our peoples stretches back to antiquity, an interaction which proved only beneficial and progressed steadily over the years. Today, the dynamic relationship between Cyprus and Israel is one of a strategic partnership.

This continuous friendship between our societies has an evident positive effect especially to our youth, our business circles, but also in academia, in culture, and surely between our diaspora organisations around the globe. It is more than evident that the people of Cyprus and Israel share the same democratic values, strong family and societal ties, as well as similar cultural characteristics that confirm this strong and growing connection.

Cyprus, Israel and Greece, as the most democratic, stable and reliable countries in the greater Eastern Mediterranean region, continue to serve as beacons of light and remain the most predictable and trustworthy allies of the United States in the region.

We are proud to state, once again, that our three countries continue to be pillars of stability, security, peace and prosperity in a troubled and complex World.

Our countries’ geographic proximity to each other puts them in the same position to face similar challenges, such as constant provocations by neighboring countries, the threat of terrorism, antisemitism and violent fundamentalism.

This Friendship Monument, symbolizes the natural affinity between our people who have shared a quest for survival, and a common vision for a stable and secure future.

Together we can achieve more for the generations to come.

By gavriella
Previous articlePlumes of smoke billow over massive Delhi landfill fire
Next articleWhere to go for a free rapid test, if eligible, on Thursday