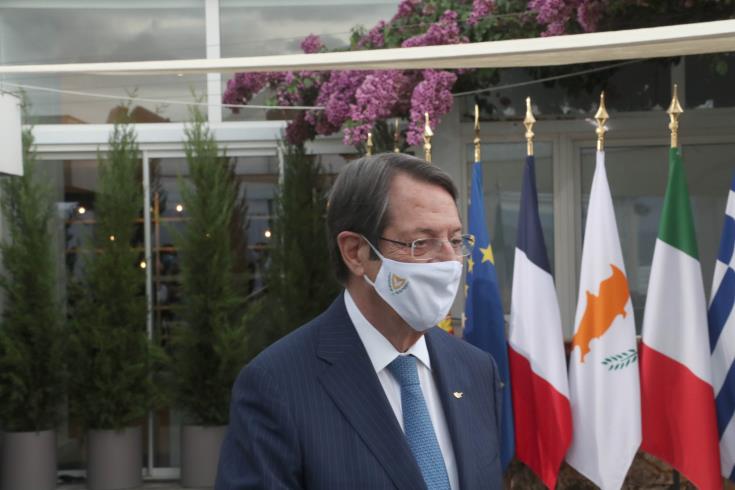 Turkey has received promises over a positive agenda on the condition that it will honour its obligations to the EU and its member-states, Cyprus President Nicos Anastasiades has said commenting on the recent EU Summit conclusions concerning the bloc’s relations with Turkey.

Replying to a comment, in the context of a visit in Limassol, that both Turkey and Cyprus were satisfied over the EU conclusions, Anastasiades said Turkey “received promises based on the condition that it will honour its obligations to Europe and all its member-states.”

The President noted that there have been no decisions, as in an ordinary European Council Summit, but a statement and an expression of intentions, which will be possibly formalised in June if Turkey appears to be consistent with its obligations.

Noting that Turkey is satisfied on the positive agenda and the prospect of improving its relations with the EU, Anastasiades stressed that “above all there are conditions being put forward for a dialogue to open and decisions t be taken in order to normalise relations, as everyone intends.”

“A necessary prerequisite is that Turkey’s attitude complies with the assessment contained in the report of the European Commission President and of the High Representative of the EU for Foreign Affairs,” he added.

Replying to a comment that deliberations lasted all night before the EU Summit reached a conclusion, President Anastasiades said that what matters is the outcome.

“Our obligation was to strive to achieve the utmost, to safeguard the Republic of Cyprus’ interests which does not only represent Greek Cypriots, but Turkish Cypriots as well,” he went on to say.

Cyprus, an EU member-state since 2004, has been divided since Turkey invade and occupied its northern third. In a new initiative for Cyprus, the UN called for an informal five-plus-one meeting in end April to ascertain whether to resume fully-fledged talks for a settlement to the Cyprus problem.

By gavriella
Previous article
President: Development projects and vaccinations to kickstart economy
Next article
Thieves go into a house from balcony and steal jewelry