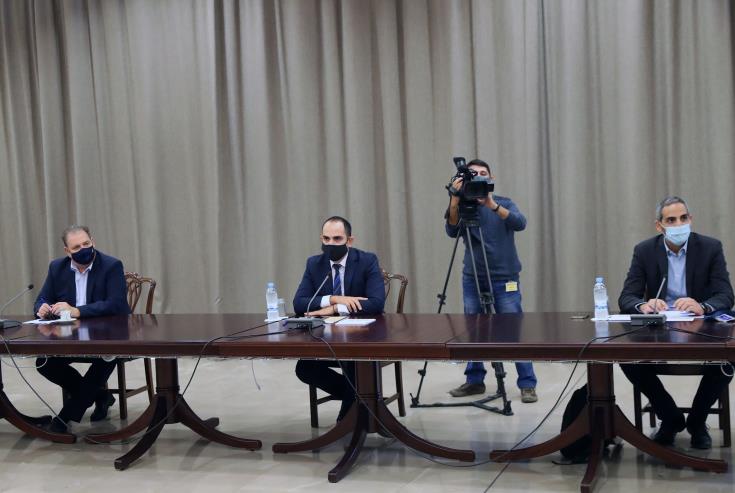 Cyprus President Nicos Anastasiades will present in the coming days a package of proposals to strengthen transparency, accountability and the rule of law, said Deputy Government Spokesman Panagiotis Sentonas after a meeting at the Presidential Palace with representatives of civil society on issues of corruption.

President Anastasiades held Monday a meeting with representatives of civil society to hear their views on further actions to enhance transparency and fight corruption.

According to Sentontas, during the meeting President Anastasiades conveyed his determination and political will to take action to further strengthen the institutional framework of accountability, enhance transparency and to more effectively fight corruption.

He also noted that the President briefed participants on the actions of the government so far, such as the bills submitted and voted in the House of Representatives, as well as pending bills.

At the same time, he added, he made extensive reference to the recommendations in reports of international organisations such as GRECO, Moneyval and the reports of the European Commission and briefed partiipants on the implementation of these recommendations.

“The proposals submitted both at last Friday`s meeting attended by institutional actors, as well as the proposals submitted today will be taken seriously into account and will be part of a comprehensive package of proposals that will be publicly presented by the President of the Republic in the coming period, in order to serve and enhance transparency, accountability and the rule of law,” said Sentonas.

On behalf of ‘’Cyprus Integrity Forum’’ and the other organisations that participated in the meeting, Marios Skandalis said that it was a common understanding in today`s meeting that in order to fight corruption in Cyprus, a holistic approach and strategic planning should be followed, to prevent and not only to react to revelations about corruption.

He expressed the readiness of the social groups to stand by the government and other partners to finally achieve that goal.