President to make an evaluation of his eight-year-term 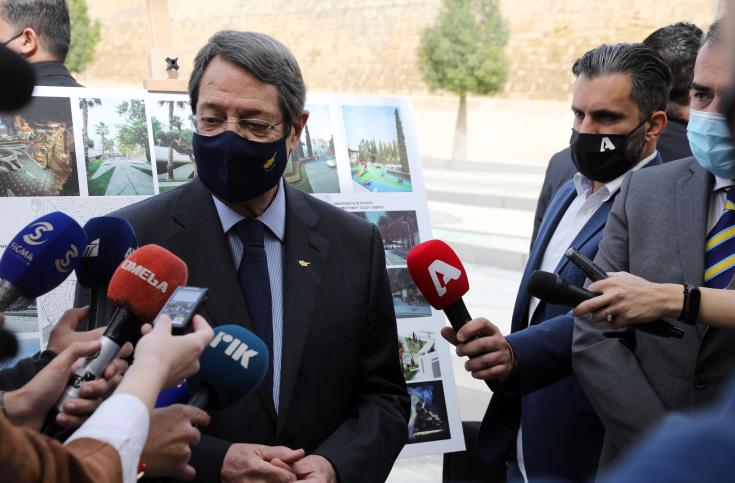 The ceremony for the swearing in of the new members of the government will give the opportunity to President Anastasiadis to proceed with an evaluation of his eight-year-term and provide some indications about the last 20 months of the current government.

Already, his associates have started preparing the speech, which according to information, will be divided into five parts:

First, there will be reference to the difficult decisions the government had to make at the beginning of its term in 2013, like, for example, the haircut of deposits.

Second, will record the reforms and the plans that have been implemented during the eight years.

Third, the President will assume responsibility for any mistakes made during these eight years.

Fourth, he will give indications about the next 20 months of his governance.

Fifth, he will speak about the “Cyprus of tomorrow” through the 56 reforms that will take place.

According to information, he will also attempt to give answers about his effort through contacts with the political parties to achieve a government of wide acceptance, an effort, which as known did not bear any fruit.

The new Ministerial Council will meet on Friday evening and during this meeting it will make the government’s new decisions about how to face the new wave of the pandemic.

By gavriella
Previous article
23-year-old who killed his sister in Klavdia found guilty
Next article
AglanJazz: get your tickets and enjoy!