President to chair meeting on Monday on steps to combat fires 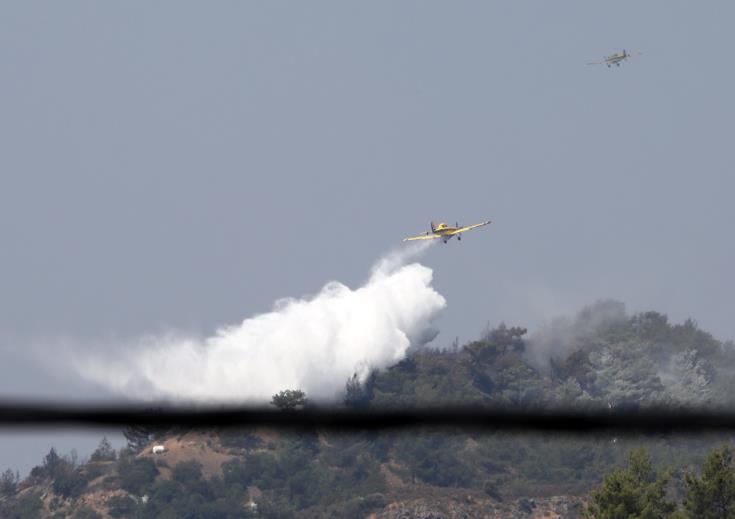 Decisions for improving measures aiming at combating fires are expected to be taken during a meeting under Cyprus President, Nicos Anastasiades, on Monday, with the participation of all relevant services.

Reliable sources have told the Cyprus News Agency (CNA) that during the meeting participants are expected to review actions that have been undertaken, discuss possible shortcomings and omissions and take decisions for improving the measures taken. Moreover the readiness of the services, the existing needs and the implementation of the measures taken to prevent and fight fires will be on the agenda.

The President will be briefed in detail and is expected to give instructions on how to address issues that may be put forward by the competent services.

According to information, one of the issues expected to be discussed is the implementation of the recommendations handed over to the government by an independent experts committee, after a huge fire in Solea region in 2016.

The committee had submitted 39 recommendations of which 28 have been implemented while the other 11 are in the course of being implemented.

Monday`s meeting, that was scheduled some time ago, is taking place just a few days after the devastating fire that broke out on July 3, claimed the lives of four Egyptian workers and burnt trees and other plants, animals, buildings and vehicles, across a  mountainous region of Larnaca and Limassol, causing power cuts and water supply problems.

The meeting will be attended among others by the Ministers of the Interior, Justice and Public Order, Agriculture, Rural Development and Environment and the Government Spokesman.

As the President of the European Commission, Ursula Von der Leyen said, during her visit earlier this week to Cyprus, the country`s  National Recovery and Resilience Plan allocates €18 million for equipment for fire fighters.