President says yes to five-plus-UN meeting on Cyprus, no to two-state solution 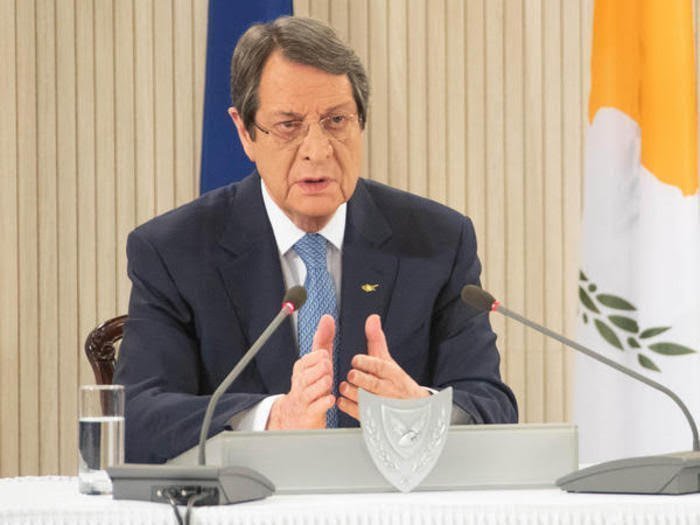 Cyprus President Nicos Anastasiades has reiterated his will to positively respond to the UN Secretary-General’s commitment to explore the possibility to convene an informal five-plus-United Nations meeting on the divided island.

“The President of the Republic reiterated his resoluteness to do everything possible to facilitate with all means available the UN Secretary-General in convening an informal five-party Conference on Cyprus,” the government spokesman said late on Tuesday.

“UN envoy Jane Holl Lute will be in Cyprus at the end of the month” added the spokesman.

Hours earlier, the President had categorically denied a statement by newly-elected Turkish Cypriot leader Ersin Tatar that he was willing to discuss a proposed two-state solution to the Cyprus problem.

Anastasiades and Tatar met at the beginning of November for the first time right after the latter won elections in the breakaway north where Turkey still maintains troops following an invasion in 1974.

“Throughout my meeting with Mr Tatar, my position was clear that the solution that can be reached is solely on the basis of the high-level agreements, decisions and resolutions of the UN Security Council and in accordance with the EU principles and values,” Anastasiades said.

The President also said that when Tatar had raised the issue of a two-state solution during the meeting, he did not only reject it but argued and stated, among other things, that no one at international level, in the UN and especially in the EU, would accept such a solution.