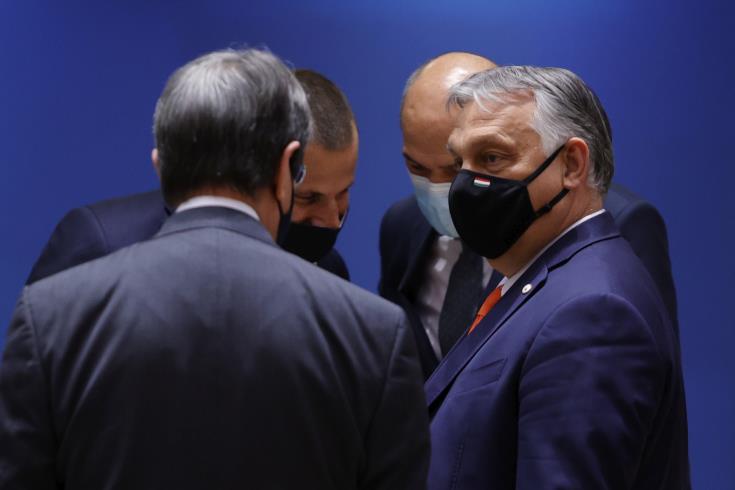 The President of the Republic of Cyprus Nicos Anastasiades expressed satisfaction with the text of the conclusions on Turkey adopted by the European Council, according to government spokesman Kyriakos Koushos

As he states “the President of the Republic, Mr. Nicos Anastasiades, welcomes the text that has been unanimously agreed by the 27 Member States, and which is the product of a long consultation process.”

“The European Union has a strategic interest in a stable and secure environment in the Eastern Mediterranean. It also wants to develop a mutually beneficial relationship with Turkey in a gradual, proportionate and reversible manner, provided that the crisis de- escalation continues on the part of Ankara and without prejudice to the fulfilment of Turkey`s contractual obligations to the Union and its Member States, as referred to in previous Conclusions,” the spokesman says.

“Unfortunately, Turkey continues to fail to meet the conditions set on a number of issues,” he says.

According to Koushos, “President Anastasiades welcomes the references to the final Conclusions, where among others:

(a) The European Union`s commitment to a comprehensive settlement of the Cyprus issue in the context of UN Security Council resolutions, including Resolution 1251, is clearly emphasized.

(b) The importance of the Varosha regime is emphasized and full respect is sought for the relevant UN Security Council resolutions, in particular Resolutions 550 and 789.

(c) Turkey`s commitment to the implementation of the Customs Union vis-.-vis all the Member States of the European Union is reiterated and it is recalled that in order to mandate the modernization of the current agreement there must in future be a unanimous decision (guidance) by the European Council.

(d) The Turkish obligation to maintain de-escalation in the Eastern Mediterranean is noted.

(e) Concerns are expressed about the human rights situation in Turkey and there is a setback in this country in relation to its obligation to respect democracy, the rule of law and women`s rights.

(f) The need for Turkey to make a positive contribution to resolving regional crises is emphasized.

(g) The conditionality, as set out in previous European Council Sessions, is reaffirmed, which of course includes the expression of the European Union `s determination that in the event of a re – escalation by Ankara, the Union will use the means and options at its disposal, its readiness to defend the interests of its Member States and to safeguard regional stability. ”

“In his statement during the debate, the President of the Republic referred extensively to the desired form of solution to the Cyprus problem, and thanked his counterparts for the unanimous condemnation of the unacceptable two-state solution that has recently been supported by the Turkish side” , notes Koushos.

According to the spokesman, the President stated “unequivocally that he will make every effort to restart the negotiation process under the auspices of the UN Secretary General, so as to enable the reunification of Cyprus in the form of a bi-zonal, bi-communal federation with equality as set out in UN Security Council resolutions. ”

“President Anastasiades also stressed the enormous importance of the issue of Varosha and called for the support of all Cyprus partners in order to avoid new challenges from Turkey during the summer, either on land or at sea.” concluded the government spokesman.