President ready to attend a trilateral meeting even in October 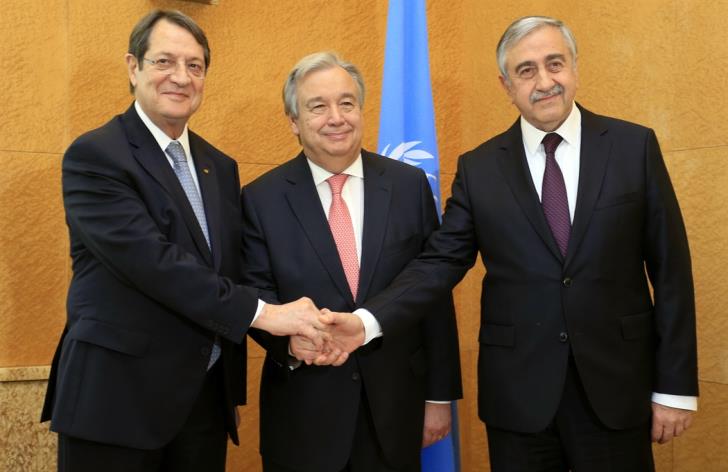 The President of Cyprus, Nicos Anastasiades, is ready to attend a trilateral meeting with UN Secretary-General Antonio Guterres and the Turkish Cypriot leader Mustafa Akinci, the soonest possible, even in October, Government Spokesman Prodromos Prodromou said on Saturday.

He also conveyed the President’s assessment that the terms of reference, leading to the resumption of settlement talks, could be agreed immediately.

Asked by CNA about the possible place and time of a trilateral meeting, Prodromou expressed the view that no more time should be wasted, and underlined the President’s will to attend a trilateral meeting “the soonest possible, either in October, or November.”

He added that President Anastasiades has stated that he is ready to attend a meeting, anytime and anywhere the Secretary-General deems fit. “We are waiting for an invitation from the UN Secretary-General” the Spokesman said.

Asked about Nicosia’s expectations ahead of the next European Council, that will also discuss Turkish drilling activities in the EEZ of the Republic of Cyprus, Prodromou expressed hope that Council decisions will help avert Turkish interventions.

He added that President Anastasiades has already had contacts with a number of European leaders, including French President Macron, Italy’s Premier Conte, German Chancellor Merkel and UK Prime Minister Johnson and met on Friday in Nicosia with European Council President Donald Tusk, who also included the issue of Turkish drilling activities in the Council’s agenda.

European Council President Donald Tusk reiterated on Friday EU solidarity towards Nicosia, in light of new Turkish drilling activities off the coast of Cyprus. From his part, President Anastasiades, underlined the need for a more concrete response to Turkey’s continued illegal operations, ahead of the European Council, next week, saying that “we cannot remain idle.”

By In Cyprus
Previous article
France and Cyprus conduct naval drill off the island’s coast
Next article
As new Syrian exodus unfolds, some fear they will never go home (pics)