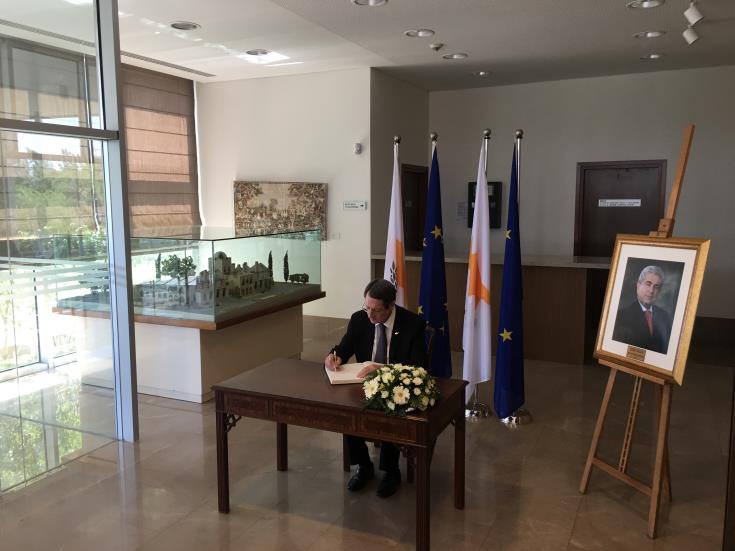 President Anastasiades told the press that he and former President recognised the importance of putting compassion and mutual respect above anything else.

The President, accompanied by Cabinet members, signed earlier on Monday the book of condolences and wrote that “it is with great grief that we bid farewell to former President of Cyprus Demetris Christofias and honour his contribution to his country, Cyprus, in his capacity as a Member of Parliament, President of the House of Representatives and President of the Republic.”

House President Demetris Syllouris wrote in the book of condolences that “Cyprus mourns the passing of Demetris Christofias” who served in the highest offices of this country, dedicating his life in the fight for a just society and the resolution of the Cyprus problem.

Christofias’ state funeral will take place on Tuesday afternoon at the Holy Church of God’s Wisdom, in Strovolos.