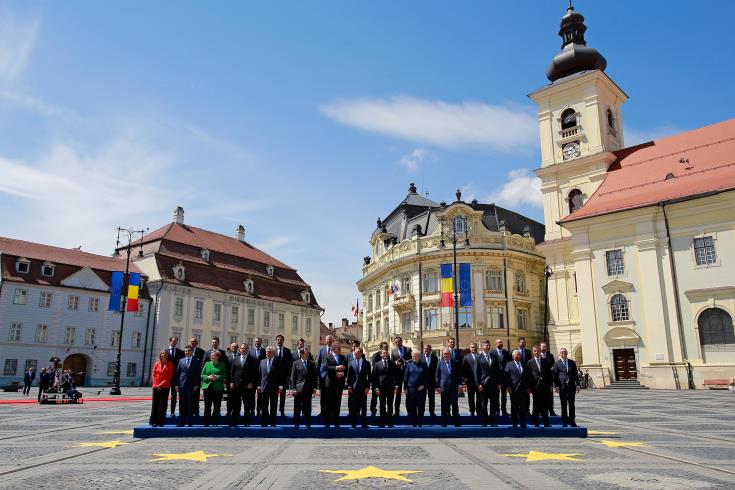 President Nicos Anastasiades underlined on Friday the positive response of European partners at the informal European Council, in Sibiu, Romania, to what he had to say with regard to the Turkish drilling activity in the exclusive economic zone (EEZ) of Cyprus.

In statements at the Presidential Palace, he also said that no immediate measures are taken during an informal Summit and referred to the effort to find a solution through diplomatic means.

Asked if people should expect any measures on behalf of the EU regarding Turkey’s provocations in the EEZ, the President said that we note the positive response of our partners to what they heard, however “no immediate measures are decided during an Informal Council, which convened for another reason, and perhaps we should not expect something similar to happen on May 28. It will be after the elections,” he said.

Moreover, the President of Cyprus referred to the effort to find a solution through diplomatic means. “First we exhaust all means available to those who may be able to exert influence and then we take the decisions,” he added.

The President of Cyprus was also asked about the course of negotiations with French energy giant Total, regarding the licensing of block 7 in Cyprus’ EEZ and said that “anything there is to be announced, will be announced on time.”

Asked finally about the message of the French President during their tête-à-tête on the sidelines of the Summit, he said Emmanuel Macron conveyed the “constant and strong support” of Paris.

Cyprus has been divided since 1974, when Turkey invaded and occupied its northern third. Ankara issued recently a navigational telex, announcing its intention to start drilling off Cyprus until September 3. The Turkish drill ship “Fatih”, accompanied by three service ships, is located almost 40 nautical miles west of the Akamas peninsula and 83 nautical miles from the Turkish coast. The area falls within the EEZ and continental shelf of the Republic of Cyprus.

President Anastasiades addressed EU counterparts in Sibiu on the matter, with Council President Donald Tusk saying that “the EU stands united behind Cyprus and expects Turkey to respect the sovereign rights of EU member states.”

Tusk also said that there will be a special European Council, on May 28, following the European elections, to start the process to nominate the next leaders of the EU institutions.