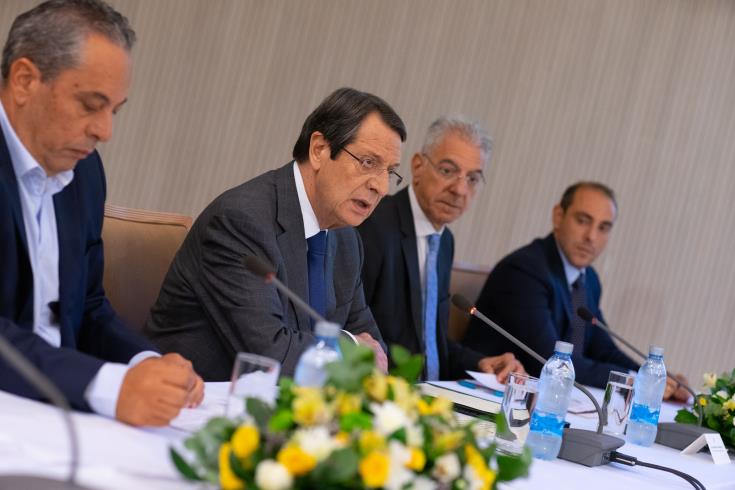 The implementation course of 767 development projects, with a total cost of more than 2.7 bln euros, as well as the progress in implementing 321 government policies, reforms and national strategies are outlined in “Exandas”, the new internet portal launched on Friday by President Nicos Anastasiades.

According to officials, 92.17% of the projects listed is expected to be completed by 2023.

President Anastasiades presented the portal, accessible under exandas.presidency.gov.cy, during a press conference at the Presidential Palace. He noted that the initiative is part of the effort to enhance accountability and transparency, while providing citizens and institutions with the possibility to receive information about the implementation course of the government programme.

He said that the information provided in the portal “makes the government and the executive power accountable” while highlighting possible omissions or giving the opportunity to monitor the implementation of actions and policies, in line with best practices of transparency and good governance.

“Exandas” presents an overview of all development projects and reforms, political decisions or national strategies which are being implemented or are in an implementation course, he added. Moreover, the President said that the portal gives parliamentarians, journalists, political parties, local authorities, organised groups and citizens the opportunity to get information about the implementation of the government programme and at the same time check the government for consistency between words and deeds.

There will be a systematic flow of information, as all Ministries will update the programme with information about the progress of projects and reforms that were announced by the government, he added.

The first section of “Exandas” concerns development projects in each District that have been either completed, or are under construction, or have stagnated due to various reasons. The President explained that this mainly concerns projects that were announced in 2015 and 2017, while touring the Districts.

The second section is about government decisions based on pre-election pledges made in relation to reforms, policies and actions, as well as national strategies, the President concluded.

Petros Demetriou, Director of the President’s Office, said that a dedicated group has been created in every Ministry, in order to update the data every three months. “From today on, this information will be publicly available” in a bid to meet the need for transparency and accountability, he added.

The portal lists all development or utility projects, approved or funded by this administration, along with the projects that have been incorporated in the financial framework for 2020-2023, Demetriou said.

Presidency Director Theodosis Tsiolas referred to the section of the portal containing information about progress in implementing policies, reforms and national strategies, adopted by the government since 2013.