President in Amman for tripartite meeting with Jordan and Greece 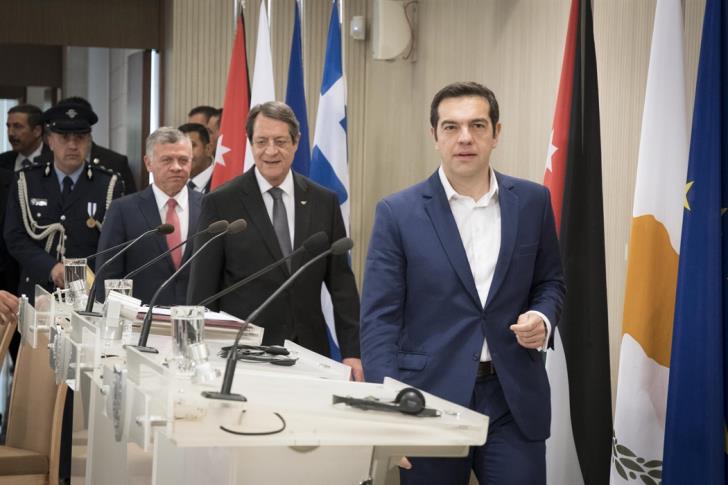 Cyprus President Nicos Anastasiades had a meeting with King Abdullah of Jordan, in Amman, during which he briefed the King on efforts to reach a political settlement and UN attempts to clinch an agreement on the terms of reference with a view to resuming peace talks.

The President is in Amman to participate, with Greek PM Alexis Tsipras and King Abdullah in the second tripartite summit among the three leaders.

Minister Christodoulides had a meeting with his Greek and Jordanian counterparts. Following that the three ministers met with their Iraqi counterpart to discuss trade, the economy, tourism and enhanced cooperation.

The Minister will have a meeting later in the day with his Jordanian counterpart to discuss bilateral ties, regional issues and EU-Jordan relations.

Nicosia and Amman are set to sign a memorandum of understanding on research, innovation and technology and a cooperation agreement to fight terrorism, organised crime, illegal transport of drugs and illegal migration.

The three countries – Cyprus, Greece and Jordan – will sign a memorandum of understanding on education.

By In Cyprus
Previous articleMet Office: sunny Sunday but mainly cloudy with some rain on Monday
Next articleUK’s Lidington says Brexit talks with Labour to continue, will not last months