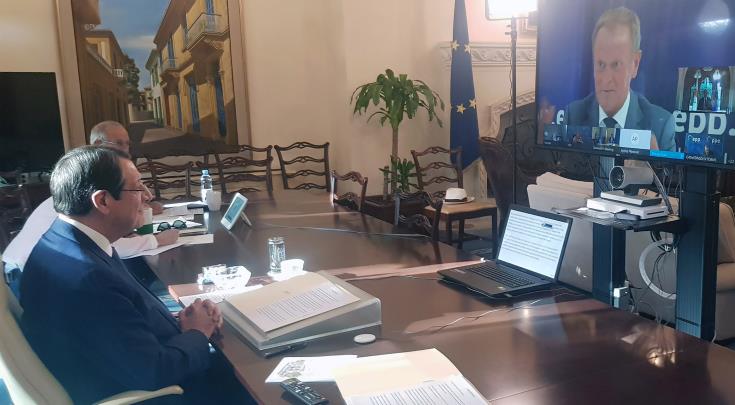 President Nicos Anastasiades has welcomed the solidarity expressed by the leaders of European People’s Party (EPP) on the issue of Turkey’s illegal actions in the Eastern Mediterranean.

“Full support and solidarity by our EPP partners, strongly condemning Turkey’s illegal operations and hostile rhetoric in the Eastern Mediterranean,” the President posted on his twitter account, after a videoconference with EPP leaders on Wednesday. He also wrote that EPP leaders stressed the need for a more decisive response by the EU.

Full support and solidarity by our @EPP partners, strongly condemning Turkey's illegal operations and hostile rhetoric in the Eastern Mediterrenean, as well as the need for a more decisive response by the #EU.

“Thank you President Donald Tusk for a very productive meeting of EPP with our partners of Eastern Partnership Countries in view of our Summit tomorrow,” President Anastasiades posted.