President expresses hope 2021 to be year of economic recovery 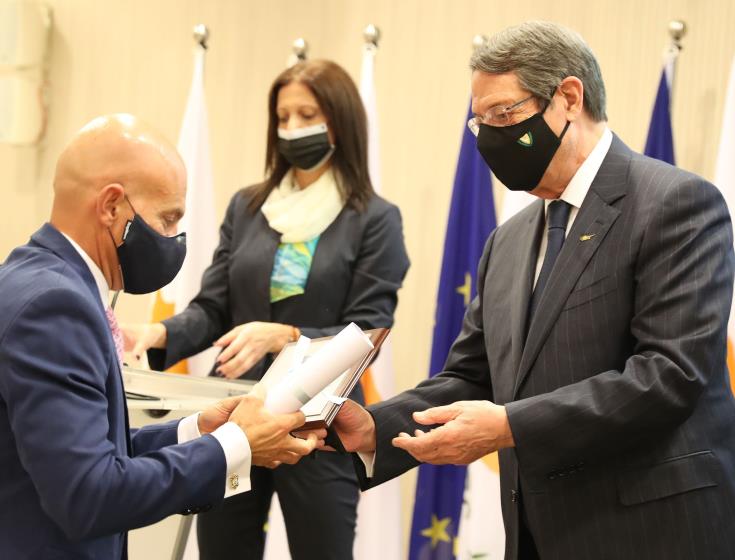 President of the Republic of Cyprus, Nicos Anastasiades has  expressed the certainty that the pandemic crisis will be overcome and said he hoped that 2021 will be the year when economic recovery will begin.

“I am absolutely sure, based on the measures taken at local, international, but also European level, and by taking advantage of the prospects and comparative advantages of our country, with the encouraging indications that we are close to the discovery of an effective vaccine, not by one but by 47 companies, that the pandemic crisis will be overcome so as to deal more effectively with the financial crisis in the hope that 2021 will be the year for the recovery to begin, so that we can return to the growth we had before the pandemic”, he said.

In his address at the ceremony of the Cyprus Exports Award 2018, the President said that he fully understands the concerns regarding the  impact of the pandemic on the Cypriot economy, the medium and long-term effects, adding that the  main concern is the mitigation of socio-economic impact and the return of all sectors of the economy to full operation, the soonest possible.

The President said that based on the previous prudent fiscal policy of the government, they  managed to immediately implement  decisions and support and strengthen vulnerable groups, companies, employees and said that the most important is to save jobs and effectively support businesses so that they can survive this unprecedented crisis.

He said that total expenditure of the measures for the fiscal year 2020 exceeds 1 billion euro and said that this has benefited around 190,000 employees and several thousand companies. The obligations, he added, arising in relation to the budgetary aspect of these emergency measures for the 2021 budget exceed 300 million euros.

“And with the new measures that, unfortunately, we are obliged to take, they will far exceed 300 million euro,” he stressed.

In addition, he said, in the framework of the agreement reached in relation to the preparation of a new Multiannual Financial Framework, Cyprus secured an allocation of resources amounting to 2.75 billion euro.

Regarding exports, he said that a 56% increase was recorded during the years 2015-2019. In the first half of 2020, exports of domestic products and services fell by 4.6% and 8.8% respectively, compared to the same period of 2019. President Anastasiades said that this fall can easily be reversed once the pandemic is effectively addressed.

Concluding, he congratulated all those who received the awards and said that their example gives a positive message that we can return to growth.

By gavriella
Previous articlePresident briefs Famagusta local authorities on initiatives on Varosha
Next articleJustice Minister: The aim is not a police or military state