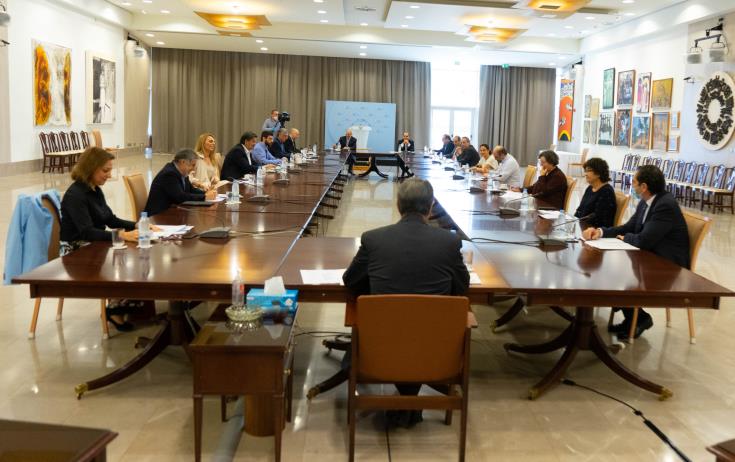 All eyes are on the Presidential Palace where the Health Ministry’s team of scientific advisers will this morning brief President Nicos Anastasiades on the coronavirus situation, paving the way for approval by cabinet tomorrow of the first steps to gradually ease the lockdown.

This relaxation is expected to come in four stages, although there has been no official word as to when the measures will be eased nor which sectors are involved in each stage.

A ministerial committee yesterday discussed the restart of the economy while the scientific team has said that in view of a ‘very encouraging’ picture, it would suggest the activation of the plan to gradually ease the measures.

Any decisions belong to the political leadership, they clarified. However the easing is seen as imminent with all indications that the first steps will take effect on May 4.

Government spokesman Kyriakos Koushos was reluctant to give any details when asked about the government’s plans on CyBC this morning.

Amid reports that the president was coming under pressure from various sectors of the economy to include them in the first stage of the lifting of the measures, Koushios said that decisions will be based on the suggestions of the scientific team and the ministerial committee.

The guiding principle will be public health and the government will not allow citizens’ health to be put at risk, he said.

Asked whether churches would reopen to congregations amid reports that Archbishop Chrysostomos has asked to see the president on the issue, Koushios said that no such discussion has yet taken place.

Pressure has been mounting on the government to ease the lockdown — both from sectors of the economy but also groups of citizens — from churchgoers to winter swimmers.

Among the issues to be discussed at today’s meeting are the protective measures that members of the public and businesses should take as the measures are gradually lifted.

One dies of Covid-19, five test positive as experts give green light for easing measures

By In Cyprus
Previous article
Prayer at Kaaba in the Grand Mosque
Next article
Stuffed chicken with hiromeri and thyme sauce, with zucchini purée