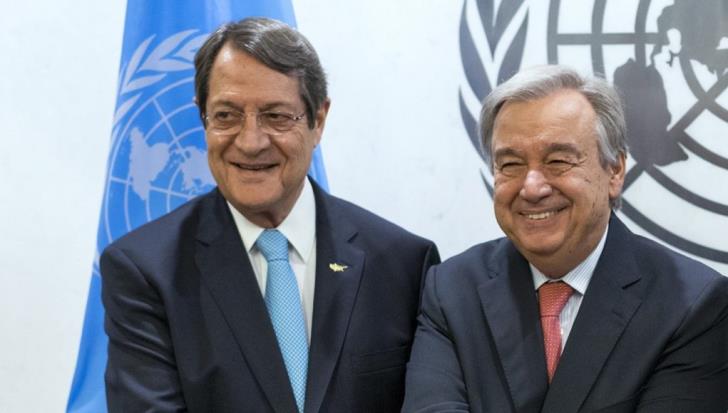 President Nicos Anastasiades has described as “deliberate neutrality” the UN chief’s latest stand on the appointment of a special envoy on the Cyprus problem.

A week ago, Anastasiades and Turkish Cypriot leader Ersin Tatar attended a luncheon in New York hosted by Antonio Guterres during which they agreed on the appointment of a new envoy.

But Tatar went back on this agreement and even though Guterres was to officially announce one last Tuesday not only hasn’t he done so but also keeps absolutely silent on this issue.

The President, who was interviewed on state television late on Monday, also said it was annoying that because of the Turkish side’s withdrawn agreement the announcement after the tripartite meeting is still pending.

And that this was not a compromise decision by the UN chief but rather a step back from his obligation to act within his terms of office.

Anastasiades also warned  that the Cyprus issue is in dangerous stagnation which could lead to the consolidation of the fait accomplis and the unacceptable division of the island.

Cyprus is divided since a 1974 invasion by Turkey which still maintains troops in the breakaway northern part of the EU state.

UN-brokered negotiations throughout the years aiming to reunite Cyprus have so far yielded no results mainly because of the Turkish side’s intransigence.

UN resolutions call for a reunited island under a bizonal bicommunal federal system but the Turkish side recently demanded that this process ends and a two-state solution comes on the table instead.

By Annie Charalambous
Previous articleCyprus not at risk of Covid-19 fifth wave, says leading scientist
Next articleProtest against corruption during anti-oligarchy day in Jakarta