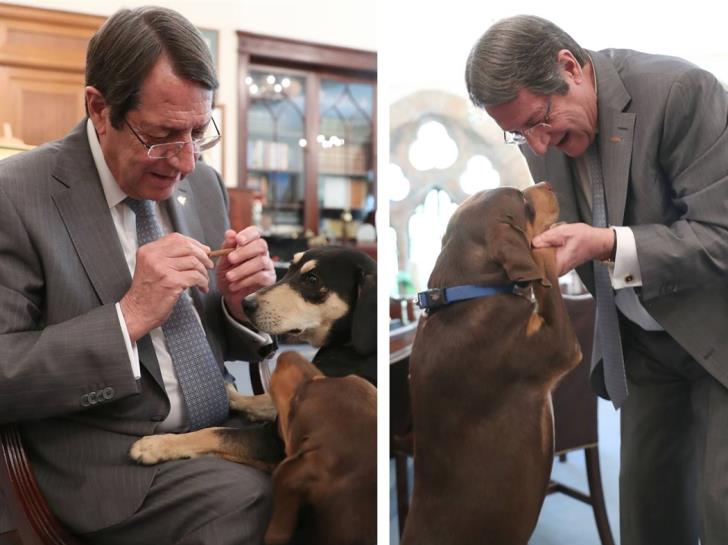 President Nicos Anastasiades, joined by his two four-legged friends, marked World Animal Day with a post on Facebook assuring that his government was committed to promoting animal welfare.

Reiterating comments also made by Agriculture Minister Costas Kadis during a visit to an animal shelter, he said that animal welfare was a government priority.

Significant steps have been made to reinforce the legislative framework, to boost consultative mechanism and adopt programmes for strays, pets, zoos and farm animals, he said

“The welfare and protection of animals concerns all of us. The level of our civilisation is judged among other by the way we treat animals. For this reason the state and society, together, have an obligation to show animals the respect they deserve,” he wrote.