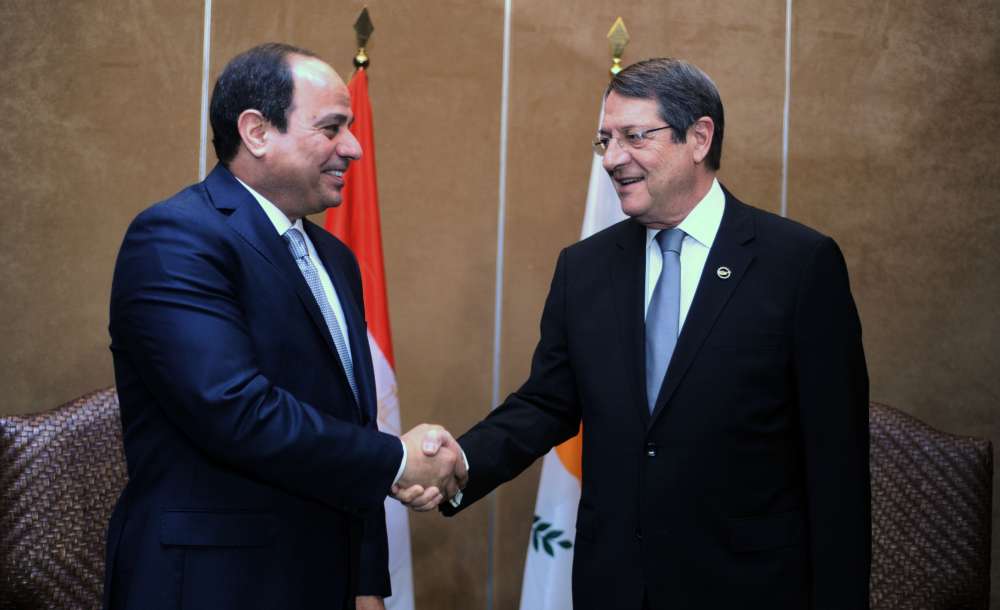 President Nicos Anastasiades travels to Sharm el Sheikh on Sunday, to attend the 1st EU-Arab League Summit, in the framework of which he is set to have important bilateral meetings with Heads of States in the region and to promote Cyprus’ initiative to play a coordinating role in introducing policies and strategies by the countries of the region to tackle climate change.

According to a press release by the Government, the President will meet, inter alia, with Egypt’s President Abdel Fattah al-Sisi on Sunday, Lebanese Premier Saad Hariri and Kind Abdullah of Jordan on Monday.

These meetings give the opportunity to further promote and enhance the bilateral cooperation as well as the trilateral cooperation and to point out Cyprus’ role as a European pillar of stability and as a state that can boost security in the region by playing its role in the area, the press release reads.

President Anastasiades will be accompanied by Government Spokesman Prodromos Prodromou and will return home on Monday evening.

By In Cyprus
Previous articlePaphos: Two men arrested for crashing into an ATM machine
Next articleUN makes demarches to Turkish army on fresh violations of status quo in Strovilia