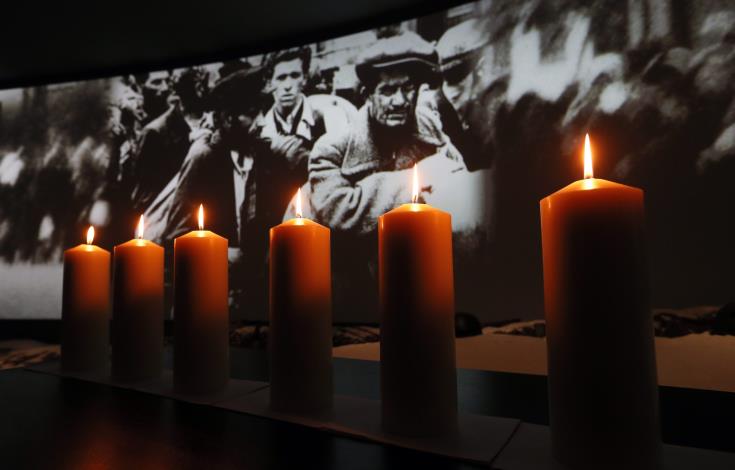 President Nicos Anastasiades will fly to Israel on Tuesday at the invitation of the President of Israel to attend the 5th World Holocaust Forum which will take place at Jerusalem’s Warsaw Ghetto Square on Thursday.

The President is expected to hold on the sidelines of the event a meeting with the Prime Minister of Israel Benjamin Netanyahu.

According to a press release issued by the Presidency, more than 40 state leaders, including Presidents and Royals, as well as heads of government and other officials from Europe, North America and Australia are expected to attend the event.

The Forum, “Remembering the Holocaust, Fighting Antisemitism,” which is under the auspices of the President of Israel Reuven Rivlin, is organised by the World Holocaust Forum Foundation, in cooperation with Yad Vashem.

During his visit to Israel, the President of the Republic will be awarded an Honorary Doctorate by the IDC University of Herzliya, a twin city of Paphos, at a special ceremony on the evening of 21 January.

On Wednesday, Anastasiades will go to Jerusalem where he will meet with President Rivlin, at the Presidential Office.

In the evening, President Anastasiades will attend an official dinner hosted by President Rivlin in honour of the heads of state and government attending the Forum.

On Thursday, Anastasiades will hold a meeting with the Patriarch of Jerusalem Theophilos III, at the Patriarchate.

Later on, the President will attend the Forum, during which he will lay a wreath at the Yad Vashem museum.

During his stay in Jerusalem, President Anastasiades will also hold separate meetings with the President of North Macedonia Stevo Pendarovski, and with the opposition leader of Israel, Blue and White party leader, Benjamin Gantz.

The President of the Republic, who will return to Cyprus on Friday will be accompanied by first lady Andri, Government Spokesman Kyriakos Kousios, the Ambassador of the Republic in Israel Thessalia Salina Siambos, the Deputy Director of his Diplomatic Office Helena Mina, and other officials.