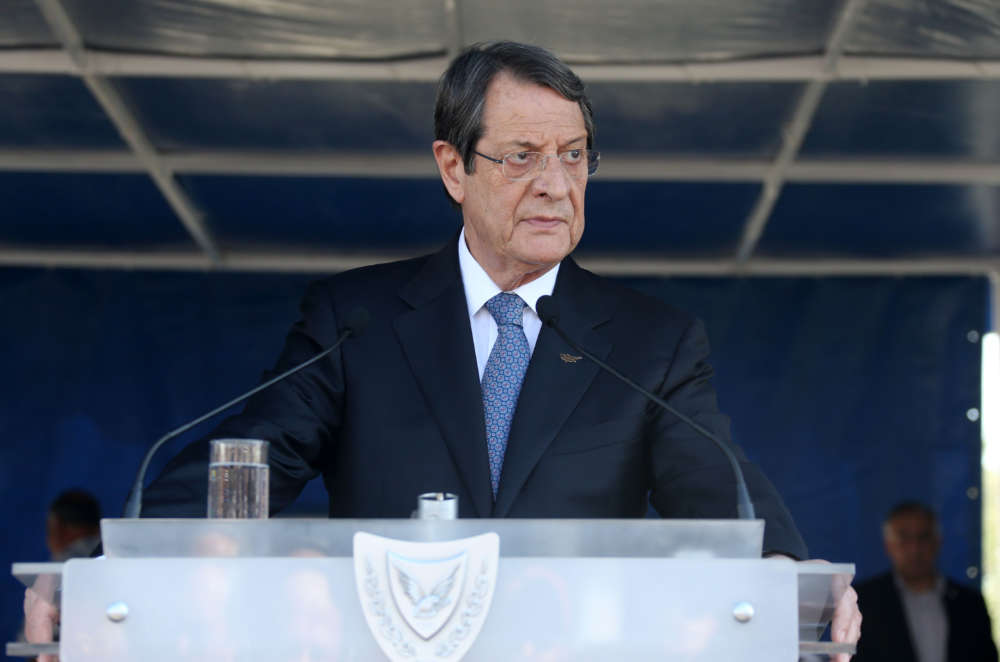 President Nicos Anastasiades departs for Athens on Tuesday to take part in the deliberations of the 4th Euro-Arab summit entitled “A Strategic Partnership” from 29-30 October 2019.

In the Greek capital, Anastasiades will hold separate meetings with the President and Prime Minister and the opposition leader to discuss developments on the Cyprus problem, a presidency statement said.

The President will deliver a speech on Tuesday at the summit that will take place at the Megaron Concert Hall. He will also meet opposition leader of Syriza party, Alexis Tsipras.

On Wednesday he will meet Prime Minister Kyriakos Mitsotakis and later President of the Hellenic Republic Procopis Pavlopoulos.

On Thursday he will be proclaimed honourary doctor by the Faculty of Law School of Aristotle University of Thessaloniki.

He will also meet with members of the Cypriot diaspora in Thessaloniki.

The President, who will be accompanied by Government Spokesman Prodromos Prodromou, returns home on Friday.