President Anastasiades met with UK’s Princess Royal, Anne on Wednesday at the Presidential Palace, as part of the latter’s official visit to Cyprus.

Princess Anne was welcomed at the Presidential Palace by Minister of Foreign Affairs Ioannis Kasoulides and then she met with Anastasiades in his office, a presidency press release says.

During the meeting, President Anastasiades briefed the Princess about the state of affairs on the Cyprus issue and ongoing Turkish provocations. They also discussed issues related to climate change, as well as the energy crisis.

As part of a gift exchange, the President presented the Princess with a fourth-century B.C. silver goblet replica and an album with photographs of Cypriot World War II veterans, while the Princess presented a portrait of herself. 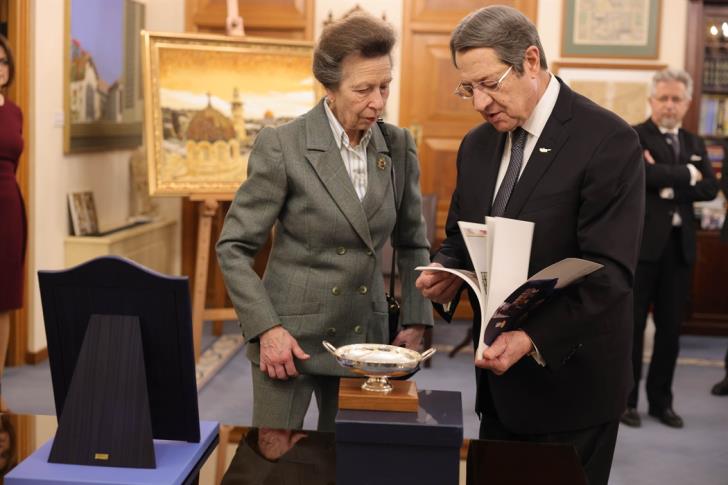 Princess Anne is visiting Cyprus in order to meet and thank British peacekeepers serving in UNFICYP.

Pleasure to receive today HRH The Princess Royal. Reiterated our common aspiration to further develop and expand the historical ties and enduring bonds between Cyprus and the UK, both at the bilateral level as well as within our Commonwealth family. 🇨🇾🇬🇧 pic.twitter.com/tgjxLNtuoA 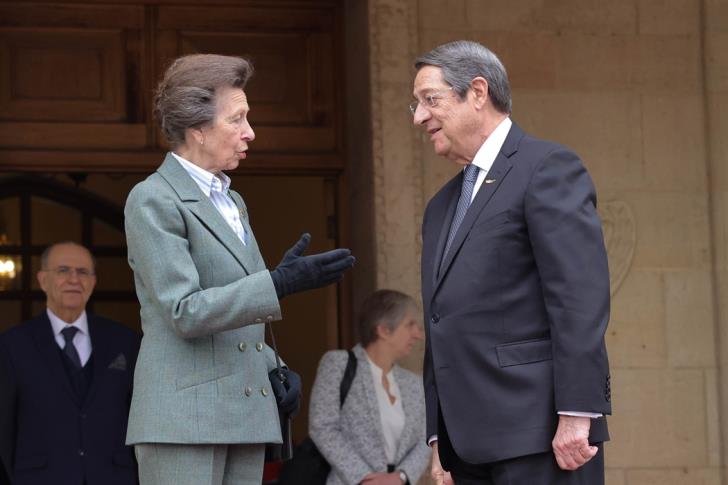 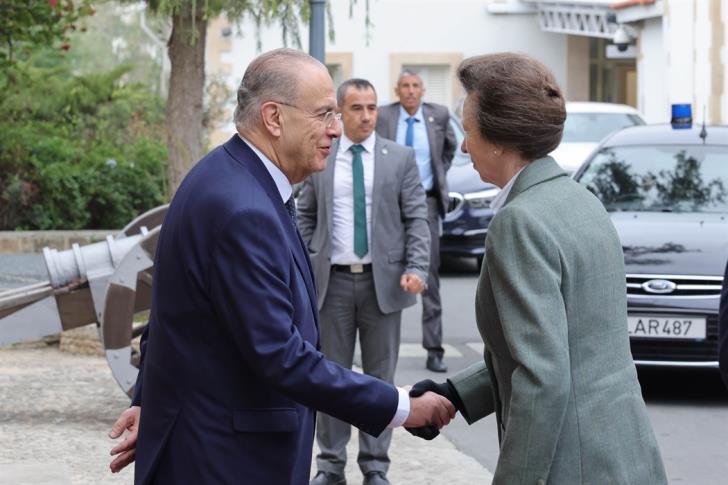