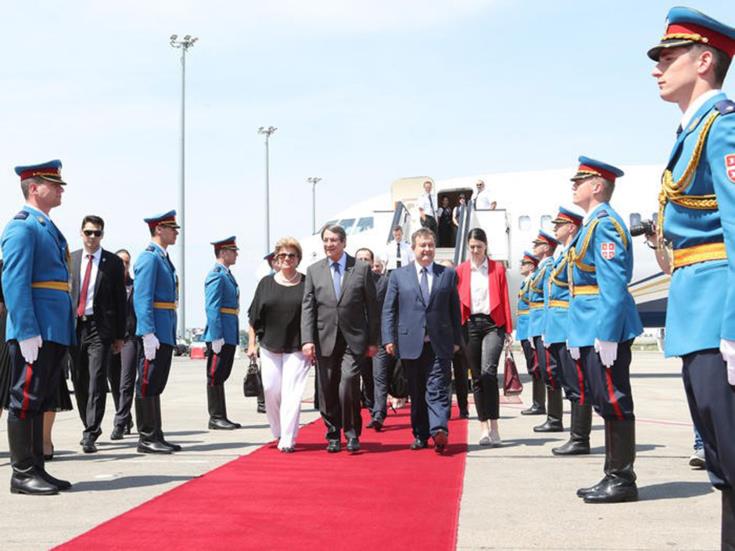 Cyprus President Nicos Anastasiades will hold on Thursday talks with his Serbian counterpart Aleksandar Vučić and other state officials in Belgrade, where he is paying an official visit. According to a press release issued by the Presidency, Anastasiades will be officially welcomed at the Presidential Palace by the President of Serbia. The two Presidents will then have a private meeting, to be followed by expanded talks between the delegations of the two countries.

By In Cyprus
Previous articleThe weather this weekend: Clouds, dust and localised rainfall
Next articleInvestment in CCB requires new capital