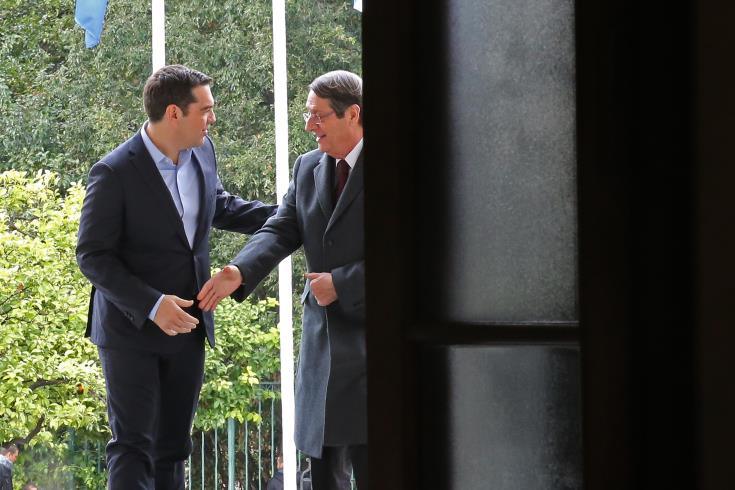 President of the Republic of Cyprus Nicos Anastasiades has congratulated Greek Prime Minister Alexis Tsipras on reaching an agreement with the leadership of FYROM.

A written statement by Government Spokesman Prodromos Prodromou on Friday said the President had held  a telephone conversation with the Prime Minister of Greece during which he was informed about what has been agreed with the leadership of FYROM.

“President Anastasiades congratulated Prime Minister Tsipras on reaching an agreement on such a difficult issue, which has been pending for many years,” Prodromou said.

He added that given that there is no intention to intervene in Greece’s internal affairs, the President stressed how important it is that with such an agreement any claims against Greece in the name of irredentism can be prevented, but also any undesirable influence from third countries that could jeopardize Greek interests can be avoided, the written statement says.

According to the Spokesman, the President conveyed to the Prime Minister the conviction that this peace agreement and the normalization of relations that will follow will be to the benefit of the national interests, because the good neighborly relations will pave the way for mutually beneficial transactions, while Greece will be able to develop a leading role and influence in the Balkans.

In the written statement it is added that  President Anastasiades also expressed his respect for the sensitivities and reservations expressed by a part of the political world and public opinion, noting that what should prevail, taking into account all the parameters, is a decision for the interest of Greece.

Finally, he said that the sovereign Greek people will express themselves and take the final decision through their representatives in the Parliament and wished the best for Greece, the Spokesman written statement concludes.