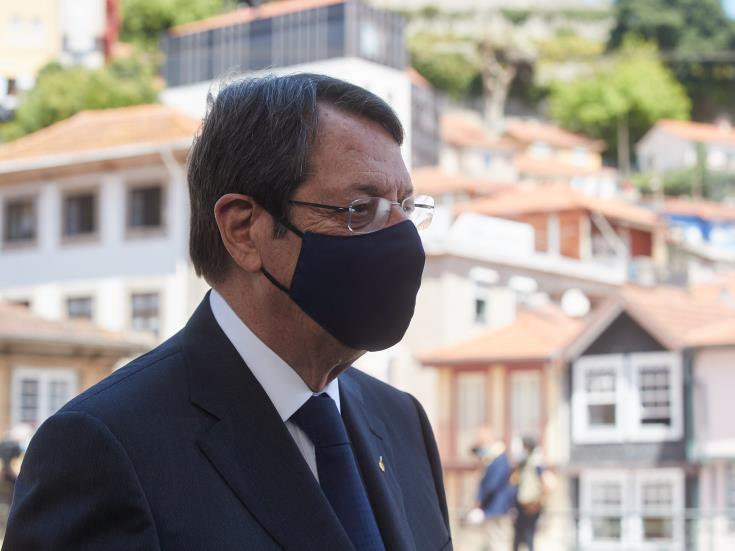 Cyprus President Nicos Anastasiades has said on Tuesday he acknowledges the inconvenience caused to thousands of people queuing up at rapid testing areas since Monday when Safe Pass was introduced on Monday.

However, he said that in the next few days they will see that the problems will be overcome.

He made the remarks after the funeral service of Pantelis Kouros, close aide to the late President of the Republic Glafcos Clerides.

Anastasiades said he does not blame those who fairly complain about the inconvenience caused in the last two days.

“I share the peoples’ complaints”, he said and assured that in the next few days they will see that the problems will be overcome.

He urged the public to compare what is happening to European countries and other areas in relation to the situation in Cyprus where the rate of death from COVID-19 is low, the vaccination indicator high as well as contact tracing while safeguarding positions and offering financial assistance to those who have been affected by the COVID repercussions.

The President criticised political parties for taking advantage of reasonable complaints from citizens and invalidating the work that has been achieved “because whether they like it or not the world now lives under almost complete pandemic conditions”.

“I am sure that no one, not even the club’s management would have wanted to see its fans derail (from the measures). At the same time, however, we must consider the feelings of fans who are celebrating winning the championship after 11 years”, he said.

“It was wrong to violate the measures”, said President Anastasiades and wondered if it would be the right thing for the Police to intervene and clashes to break out, something that again wouldn’t have been ideal.