Pompeo statement on Turkey is a powerful message, President says 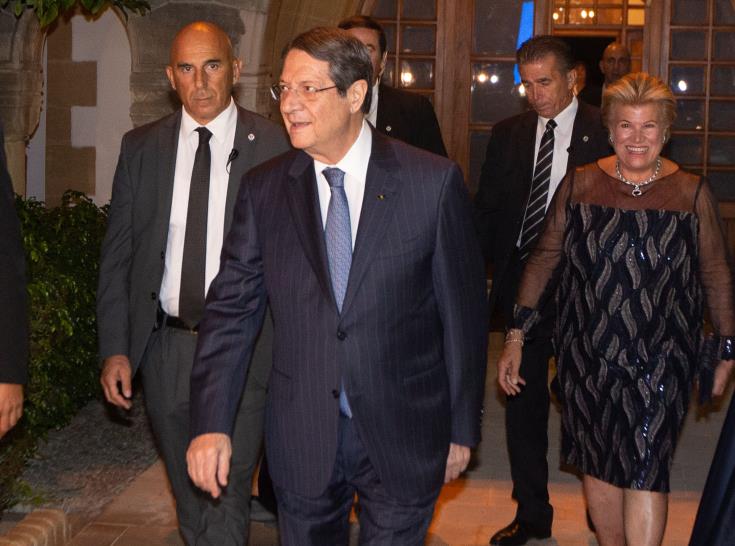 A statement by US Secretary of State Mike Pompeo on the illegal actions of Turkey within Cyprus’  Exclusive Economic Zone (EEZ) constitutes a powerful message, Cyprus President Nicos Anastasiades said on Saturday evening, noting that it is the outcome the coordinated efforts of Cyprus and Greece.

In statements together with his Greek counterpart Nicos Dendias, during his visit in Athens yesterday, Pompeo stressed that “we cannot let Turkey to proceed with illegal drillings”.

President Anastasiades was replying to journalists’ questions yesterday evening on the sidelines of the Cyprus – Russia Gala, at the Presidential Palace, on the reactions of Paris and Rome against Turkey`s move to send its drillship “Yavuz” in Cyprus’ EEZ again, a presidency press release says.

He said that after the announcement by head of EU’s diplomacy Federica Mogherini and his telephone communication with European Council President Donald Tusk, the Council of Foreign Affairs will review the situation while the European Council, on the agenda of which the matter has been included, will be briefed by himself and certain decisions will be made.

Replying to a journalist’s comment that Pompeo said that the United States will not allow Turkey to proceed with an illegal drilling in Cyprus` EEZ, he noted that “this is a powerful message,” adding that “it is also the result of the coordinated efforts of Cyprus and Greece, in this particular case, certainly, of Greece.”

Asked whether he has any information as to the intention of UN Secretary General Antonio Guterres to convene a meeting between himself, President Anastasiades and Turkish Cypriot leader Mustafa Akinci, or whether he has received an invitation he said “not directly. There have been a number of ideas floated. Certainly, it would be around November in a European capital.”

By In Cyprus
Previous articleRuling Socialists seen as favourites as Portugal votes
Next articlePresident ‘absolutely ready’ for resumption of reunification talks, Spokesman says