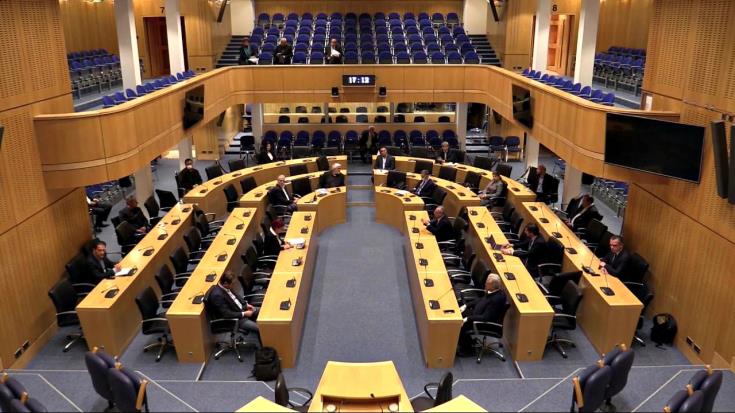 Political parties campaign on Tuesday ahead of the May 30th parliamentary elections concentrated on the interim report of the inquiry commission on the cash-for-passports programme run by Cyprus, developments after the 5+1 conference on Cyprus as well as the government’s handling of the pandemic.

Ruling Democratic Rally said the interim report does not provide justice to anyone and that it deals with the programme from 2007 until 2020, points out the weaknesses it presented, justifying the cabinet’s decision to ask the Attorney-General to appoint an inquiry commission. DISY also said it will begin a campaign to inform the EU and the European Peoples’ Party on the Cyprus problem.

Left wing AKEL said the gold passport industry constitutes the greatest scandal, as the findings of the inquiry commission confirm the reports of the Auditor’s office. On his part, Democratic Party’s (DIKO) President, Nicolas Papadopoulos in a statement said the interim report justifies his party and the Auditor’s Office and calls on the government to undertake its responsibilities. DIKO also criticised the government for failing to plan and implement an overall and secure framework to defend public health and which would effectively handle the pandemic.

Regarding developments on the Cyprus problem, the Citizens’ Alliance, notes that Turkey has not managed to achieve an acceptance of the two-state solution, however it has managed to pave the way for a positive EU agenda at the next European Council in June.

The Solidarity Movement (Cyprus) has said that Cyprus was damaged in Geneva and the government and followers of the bizonal, bicommunal federation with political equality are once again misleading the people and falsely pledge they will intensify efforts to inform members of the EU, the UN, the EU and other countries.

The Ecologists Movement – Citizens` Cooperation has said that the inquiry committee`s interim report proves that the Cyprus investment programme was nothing more than well prepared fraud that served the few and society is asking for justice.

The Dimokratiki Parataxi (Democratic Front) notes that the interim report observes that some appear justified with the findings, while the findings indicate they were actively involved or there is a conflict of interest in the scandal and expresses the hope that the relevant services in cooperation with Police, will directly begin proceedings to punish the perpetrators.

The Independents’ Movement that was represented in the House by Anna Theologou announced that according to the political parties law, it had to register the movement as a political party with the same emblem but the name was changed to Generation Change. Her party also announced that it will donate the party’s state contribution to charity.