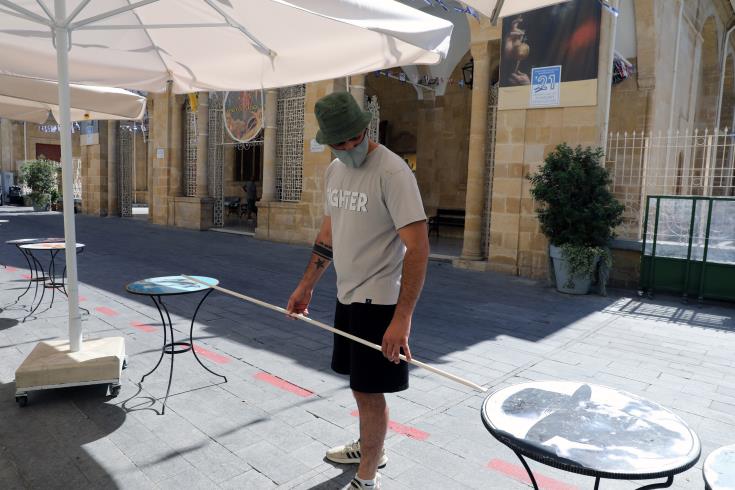 The handling of the health crisis on the island and the inconvenience caused to the public at rapid test centres to secure a safepass were high on the agenda of political parties on Monday. Other issues raised were the economy, the Cyprus problem and polls for the upcoming Parliamentary elections.

Democratic Rally leader Averof Neofytou said that with the sacrifices of the people, the economy is now opening and praised the government for its successful handling of the pandemic. Speaking after visiting the Cyprus Union of Shipowners in Limassol, he praised them for having offices in Cyprus, noting the benefits are numerous for the economy.

AKEL General Secretary Andros Kyprianou, in remarks following a meeting with young workers of EDON union, criticised the government for taking decisions without the necessary infrastructure to implement them.

Demoratic Party leader Nikolas Papadopoulos met with the Netherland’s ambassador, Elke Merks-Schaapveld. The two discussed the problems caused by the pandemic, the restrictive measures, the problems Cyprus is facing with its vaccination programme and the result of the Geneva talks on Cyprus.

Socialist EDEK leader, Marinos Sizopoulos, in his remarks said comments by British officials on Cyprus as well as the UNSG’s remarks that squaring the circle in politics is very common, confirm that the bizonal, bicommunal federation is the worst form of legalising the division of the island. He also talked about unbelievable inconvenience for the people who have to undertake rapid tests frequently.

The Citizens’ Alliance also talked about long queues at rapid testing areas with citizens piling up outside in the heat, a picture that can only constitute an embarrassment for the state.

The Solidarity Movement said no EU member state will allow a two-state solution, according to the briefing which President of the Republic Nicos Anastasiades made to his EU counterparts at the informal European Council but the party wonders where the President derives this conclusion from.

The Ecologists Movement – Citizens` Cooperation talked about a complete failure on the part of the government to handle the current phase of the pandemic, adding the SafePass measure is completely inappropriate when the European Green Pass is expected to be established.

The National Popular Front ELAM in statements, is also urging the government to withdraw the Coronapass and cites the problems caused at rapid testing areas.

The United Cyprus Hunters Association said it has received complaints by members of its movement on the methods used to draw conclusion for polls.