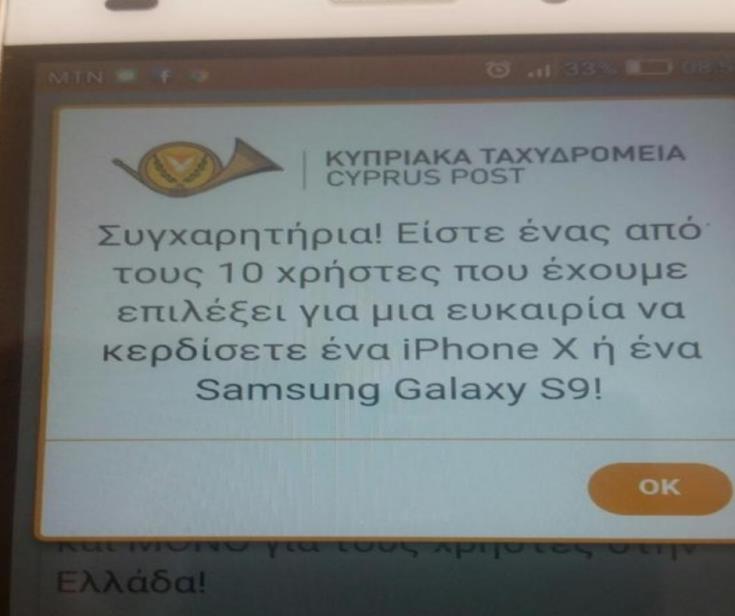 Scammers have been using the logo of the Cyprus post office in an attempt to defraud consumers, police said on Friday.

It said its cyber crime unit had received complaints from consumers as well as an official complaint from the Cyprus Postal Services that they had received SMS as well as messages on social media that the post office is giving subscribers the opportunity to win mobile telephones.

The scammers use the the official logo of the Cyprus Postal Services in order to mislead.

“These messages are misleading and aim to trick users into sending their personal data, and passwords for private internet accounts and online bank accounts. It may also include the payment of money to the scammers,”  police said.

The public is urged to particularly careful and to delete such messages immediately.

To report any such incidents or for any further information the public should contact  the cyber crime field on www.cypruspolicenews.com / www.police.gov.cy / application.