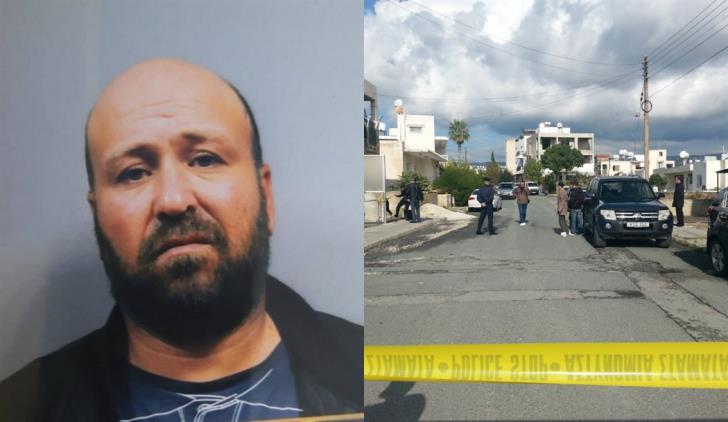 Police are still looking for Hussein Farouh (pictured above) in connection with the murder of his estranged wife Ghada Al Nouri, 31, who was found dead at her home in Paphos on Monday.

Police spokesman Christos Andreou said the search for Farouh, a 42 year old Syrian national, was continuing in Paphos and throughout the island and appealed to the public to come forward with any information that may help track him down.

He said that a complaint had been filed against the suspect on January 10 for threats and family violence and that the case had been immediately taken to court. The trial was due to start on February 24, a restraining order had been issued against him and the 42 year old was ordered to hand in his travel documents and report to a police station twice a week. His name was also on the stop list.

Paphos CID chief Michalis Ioannou told the Cyprus News Agency that the murder is believed to have been committed at around 5 am.

The 31 year old woman, a mother of seven and also a Syrian national, was found dead at her home by a social worker at around 11.30 am on Monday. Three of her children, all aged under 12,  were at the house at the time and are expected to be interviewed today by police with the assistance of a child psychologist.

During a search of the house, police found a kitchen knife in the kitchen bin which was broken in half and which investigators believe is the murder weapon.

The knife and other evidence have been sent for tests.

Two of the victim’s seven children, aged 16 and 17, live in Syria while the five others, all aged under 12 lived with her in Paphos. They have been taken into the care of the social services.

By In Cyprus
Previous articleCypriot welfare state is limited
Next articleIreland donates €25,000 to the CMP