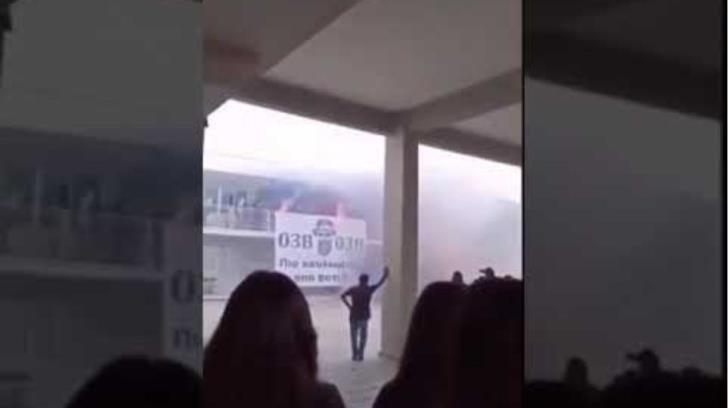 Police seem to be on the right track in their efforts to trace the ‘masterminds’ behind the unacceptable animal incident which took place by Paralimni Lyceum students on Monday.

Police believe a small group of students had planned the whole incident outside school premises and proceeded with the ‘action’ plan at the ‘surprise’ of even their classmates.

The night before, they had stolen chicken, rabbits and even pigeons – which died of asphyxiation since they left then in nylon garbage bags overnight -from a farm in the village. And they threw it all down the first floor balcony of the school to ‘mark’ the first day of their return to classes.

As part of the ongoing investigation, more than 20 students from the Lyceum have given statements to police so far.

Philenews is informed that almost all the students summoned so far are aged 14 and above  and this means that if their involvement is proved they they can be legally prosecuted.

Police are also looking into whether, as per some testimonies given by people belonging to the extended circle of the school, students from other schools as well as non-students were also involved in the despicable event.