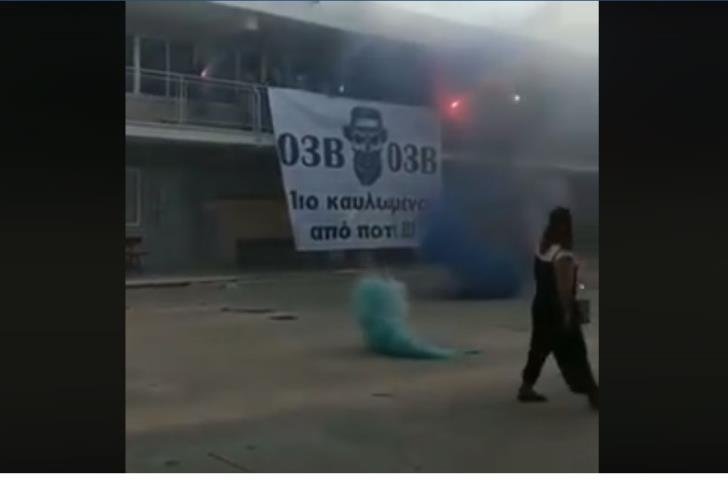 Police are investigating atrocities by Paralimni Lyceum students who even threw chicken, rabbits and pigeons down the first floor balcony to mark the school year’s first day on Monday.

Final year students also took part in the tradition of lighting flares and firecrackers on the first day to mark their last year of school. But they went too far, judging from videos making the rounds on social media.

Paralimni Lyceum students went as far as to raise a large banner with an obscene message before throwing the small animals over the balcony – an act strongly condemned by the island’s Animal Party.

Philenews has information the Lyceum Hesdmaster and other faculty and management members as well as the President of the schools’ Parents’ Association are to be called in to testify within the day on Tuesday.

Police say their aim is to trace those students who partook in what is depicted in the videos circulating online and to hold them accountable to law provisions.

By In Cyprus
Previous articleCyprus GDP could fall to below 7% in 2020, says FinMin
Next article“It’s my fault I was wrong” says 24-year-old suspect in Liopetri attempted murder case