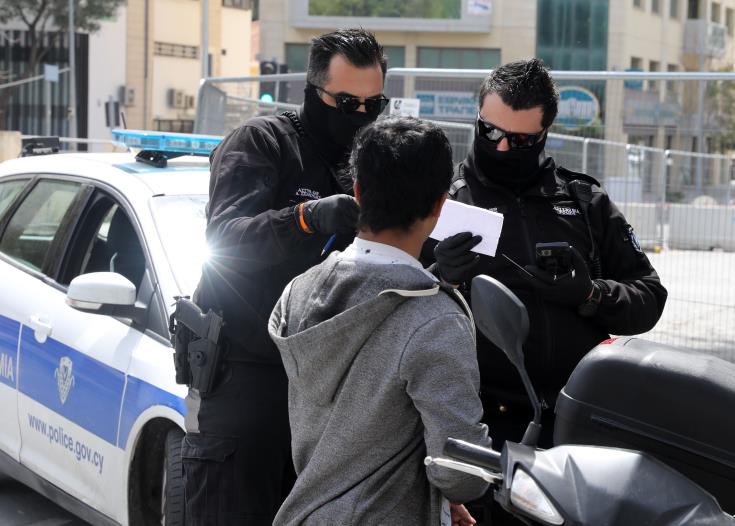 Police booked 69 citizens and four establishments all across Cyprus over the past 24 hours for breaching measures aiming to curb the spread of Covid-19.

They had carried out a total of 5,575 inspections, according to CNA.

In Nicosia, out of 1,754 checks two citizens were fined.

In Limassol, out of 868 checks 40 citizens and two establishments were fined.

In Paphos, out of 1,115 checks four citizens and two establishments were fined.

In Famagusta, out of 665 checks five citizens were fined.

In Morphou, out of 225 checks three citizens were fined.

In addition, Marine police carried out 11 inspections and booked no one.

By Annie Charalambous
Previous articleSunny in the morning on Tuesday, afternoon local showers
Next articleCabinet decides on Tuesday whether to ease covid-related restrictions over festivities