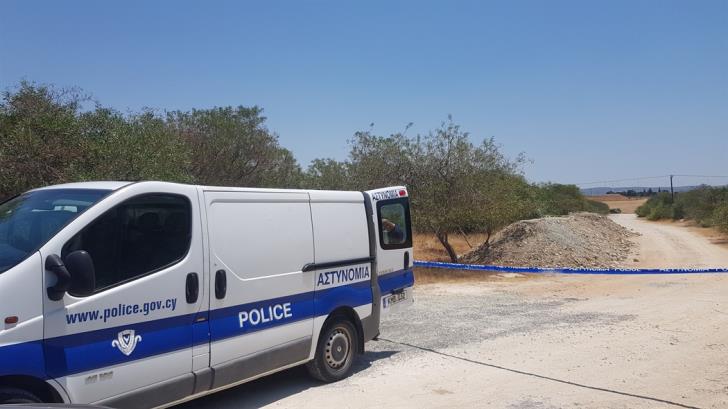 The Police yesterday found a charred body at the back of a vehicle and are examining all possibilities from accident until crime, with indication leading to the latter.

Today Friday the legal autopsy will take place at the morgue of the Nicosia General Hospital. Even though there has not been an official identification, the Police believe that the unidentified body belongs to a 60-year-old man who works in Limassol and has a residence in Nata. According to the same sources, the man left Nata early in the morning following the road Nata-Anarita to end at the Paphos-Limassol highway.

A man has appeared at the Limassol Police Directorate, saying he knows the 60-year-old and wished to provide some information.

The body was found yesterday afternoon, after citizens informed about a fire near Kouklia and Anarita. Firemen and policemen ascertain that there was a car at the spot that had been totally destroyed as well as a body.

After the morgue, it will be ascertained whether it is an accident or a crime.