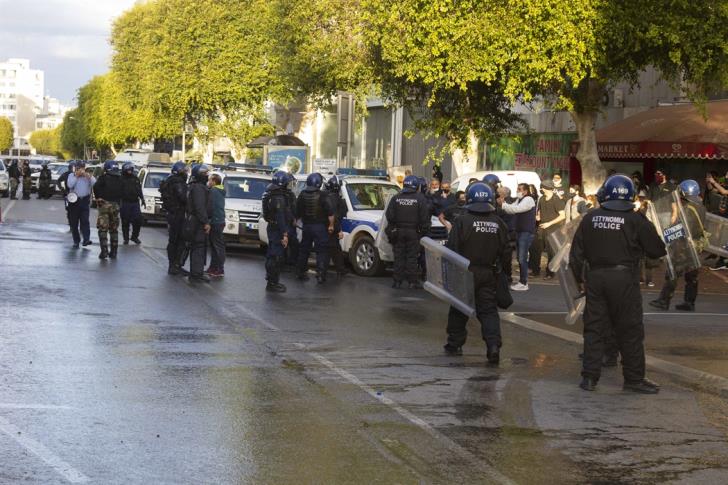 Police are drafting an action plan for Saturday’s planned anti-corruption protests in Nicosia and Limassol under the shadow of strong criticism over excessive force they used against activists last week.

They are also sending the message that trouble makers will try to infiltrate the intended  peaceful protests to spark a riot, Philenews reported on Friday.

In the meantime, the Independent Authority for the Investigation of Allegations and Complaints against the Police has appointed a four-member committee to investigate the complaints. Their report should be ready within three months.

Police fear Saturday’s protests in old Nicosia and in Limassol will again be marred by violence because of the trouble makers.

They have also repeated that last week’s clampdown which sparked widespread condemnation was not planned but rather the outcome of a riot.

At the same time, Opposition parties demand the immediate lifting of the ban on mass gatherings arguing this is ant-democratic and violates basic human rights.

The ban is part of covid-19 preventive measures, but activists whose intentions are peaceful argue that they can protect themselves without the help of batons and water cannons.

Emily Yiolitis is under strong criticism over the way she handled a personal attack on a parody twitter account as well.

She is accused of violating human rights with the help of police which is under her jurisdiction.