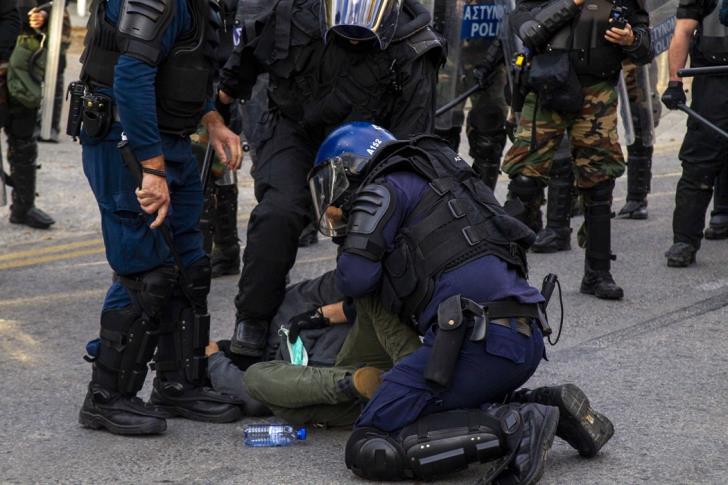 Justice Minister Emily Yiolitis on Sunday asked for a detailed full report on the violent clashes between anti-riot police and anti-corruption protesters in Nicosia on Saturday.

She also sent the message that excessive use of force by police will not be tolerated.

Earlier on Sunday, the Police Chief called for an investigation into excessive use of force complaints by activists protesting corruption and lockdown measures imposed over the covid-19 pandemic.

Stelios Papatheodorou has sent a letter on this issue to the President of the Independent Authority for the Investigation of Allegations and Complaints against the Police.

“An investigation by the Authority will ensure the objective and impartial examination of this matter,” Papatheodorou also said in the letter.

Clashes which broke out between police and activists in old Nicosia had led to the arrest of 11 activists and one person who said he was struck on the head by police was taken to hospital.

Police used water cannon and tear gas in an attempt to break up the gathering of several hundred people just beyond the old city’s medieval walls.

The use of violence at protests in Cyprus is highly unusual.

By Annie Charalambous
Previous articleFlights, tourism between Cyprus and Israel to resume as soon as conditions allow it
Next articleUK downplays risk of EU poaching City of London business