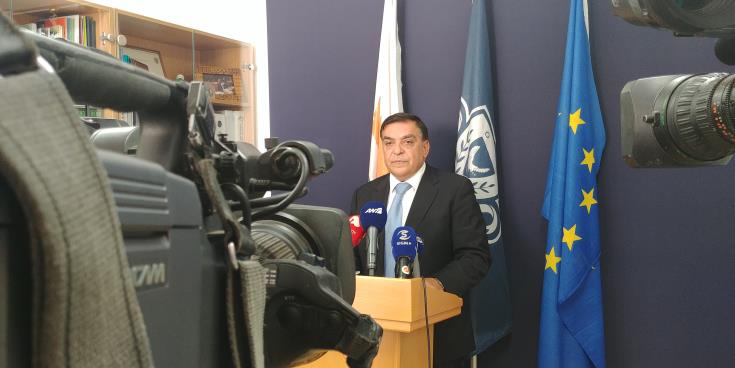 Drug police have busted two drug rings and is on the tail of a third, spokesman Stelios Sergides said on Friiday.

He spoke hours after police seized a total of 57.3 kilos of cannabis in Larnaca, Paphos Airport and Peyia.

“We believe that police have dismantled two criminal gangs —  in Peyia and in Larnaca — and we are pursuing a three criminal gang which concerns the case at Paphos Airport,” he said.

In the first case, acting on a tip off Larnaca drug police put a 24 year old suspected drug trafficker under surveillance . He was stopped near Alethriko and police found 5.5 kilos of cannabis in his car. A search of a farm belonging to his father in Kalo Chorio turned up another 24 packages of cannabis weighing a total of 26.5 kilos.

Police are now looking for his accomplices and how the drugs were brought to and trafficked in Cyprus. Help will be sought from Interpol and Europol. The suspect has been remanded in custody for eight days.

In the second case, a Greek woman was stopped on arrival at Paphos Airport from Athens. Police found 24.7 kilos of drugs in her two suitcases. She was arrested and told police that she was due to deliver the drugs to a hotel in Nicosia. An attempt was made for a controlled drop at the hotel, but without success.

Sergides said police are looking for the people who were to take delivery of the drugs. The help of Europol and Interpol would be sought while the 30 year old woman was on Friday remanded in police custody for eight days.

In the third case, drug police put an area near Peyia under surveillance and arrested two young Britons who went there to pick cannabis that was hidden in a concealed container.  One of them tried to flee, but stopped after a warning shot was fired.

Police found 595 grams of cannabis. Police are looking for the person who supplied the drugs and will also be seeking a court order to open the bank accounts of the two young men,

By In Cyprus
Previous articleMoscow in favour of immediate resumption of Cyprus talks
Next articleErdogan, in Berlin, pledges EU visa push