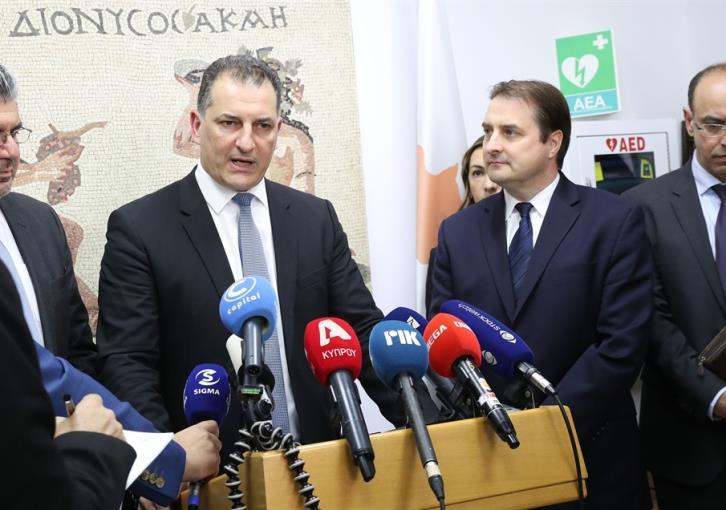 ExxonMobil’s discovery of a natural gas reservoir at the Glaucos well in plot 10 of Cyprus’ EEZ has an estimated value of between $30b and $40b and could generate enough electricity to cover Cyprus’ needs for the next 200 years, Phileleftheros reported on Friday.

“This is the biggest discovery to date in Cyprus’ EEZ and based on official data one of the biggest worldwide in the past two years,” Energy Minister Yiorgos  Lakkotrypis said at a joint press conference with ExxonMobil vice president Tristan Asprey.

Industry consultants Wood Mackenzie said they estimated recoverable resources of Exxon’s field to be 4.55 tcf. That compares to its 6.4 tcf estimate for Calypso, found by Italy’s ENI and France’s Total last year.

“Glaucus is a giant. It will be one of the biggest discoveries of the year,” Senior Research Analyst for Europe, Robert Morris, said. “(It) maintains the East Mediterranean’s position as one of the world’s premier exploration hotspots.”

The company is expected to carry out a confirmation drilling in 12 to 18 months from now.  The ExxonMobil-Qatar Petroleum consortium should inform the Republic of Cyprus of its plans within the next 30 days, and give a precise date should it decide to go ahead with a confirmation drill, within four months.

Phileleftheros said that the date will depend on when the consortium plans to carry out further exploratory drilling at a different site in plot 10.

It added that the official announcement of the find means ExxonMobil will remain in Cyprus for at least 20 years – which is the anticipated ‘life span’ of the reservoir and create significant links in the economic and geopolitical interests of Cyprus and the US.

In addition, ExxonMobil is now more ready to explore investments in the area, including the possible construction of an LNG plant in Cyprus.

Phileleftheros said that ExxonMobil is looking at five other possible sites for exploratory drills within plot 10. The newspaper said that the company is also interested in plot 12, the rights for which except for the Aphrodite field, have been returned to the Republic and may be available and is also said to be interested in plot 11.

The next exploratory drill in Cyprus’ EEZ is expected next November, while another seven are planned before the end of 2020 – two by ExxonMobil-Qatar Petroleum and five by TOTAL- ENI.

TOTAL-ENI are expected to carry out a confirmation drill in Calypso in November and the consortium is also planning exploratory drills in plots 3,6,7,8 and 11.

By In Cyprus
Previous articleRecalling 2018
Next articleAnastasia Mina | always already