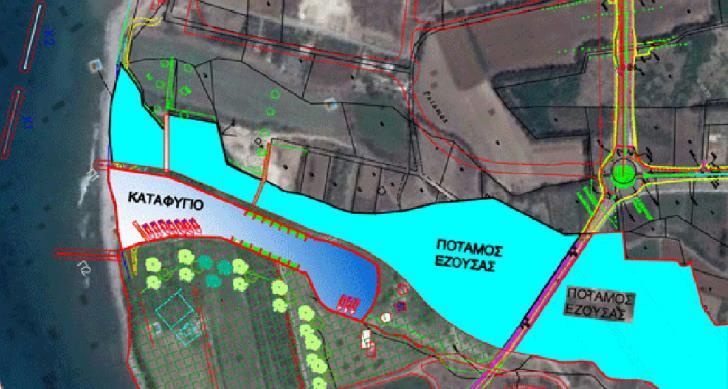 The Agriculture Ministry has rejected a proposal by Geroskipou Municipality for  50-boat capacity fishing shelter at the mouth of the Ezousas river.

Head of the Fisheries Department Marina Argyrou told Phileleftheros that the decision was relayed to the municipality during a recent meeting with the Agriculture Minister and officials from the environment, fisheries and water development departments.

She said that all departments had opposed the proposal at the meeting for a number of reasons, including environmental concerns.

Officials see no need for a fishing shelter at Geroskipou as fishing boats are catered for in Paphos. A second reason is the protection of the area where the Ezousa, Xeros and Diarizos rivers reach the sea which is a Natura 2000 zone and subject to special protection because of wild birds which reproduce there, including migrating birds of prey.

The initial plan was for a fishing shelter with commercial developments similar to those at marinas but on a smaller scale. These included restaurants and a rowing centre.

By In Cyprus
Previous articleIsrael, Hamas agree to restore calm in Gaza
Next articleLimassol police book 104 drivers in six hours