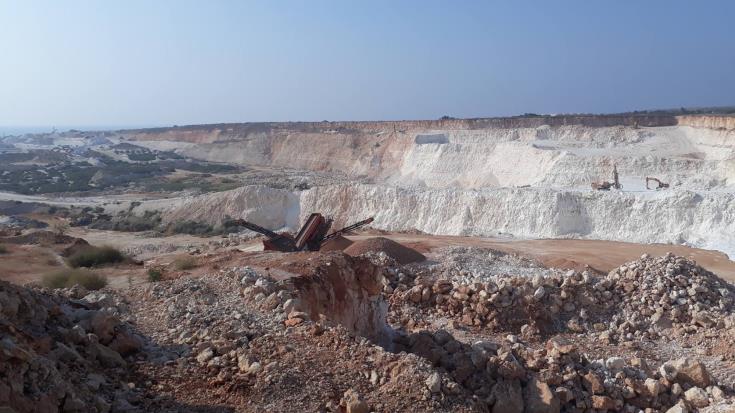 The possible creation of a new quarry zone in Larnaca area is a frozen issue with absolutely no action to be taken until a thorough environmental study is concluded.

This was decided on Thursday after a meeting attended by the Minister of Agriculture, Rural Development and the Environment,  heads of departments involved such as the Geological Survey, Mines, Forests and the Environment as well as other technocrats.

The issue will be re-evaluated after the completion of the study on Sustainable Development of Mineral Resources in Cyprus, according to an official announcement. This will cover the period up to 2050 but it will be completed by end of 2021.

Resident concerns erupted following a study conducted by the Geological Survey Department which proposed four potential areas for the construction of the quarry. However, thousands of trees would need to be cut in all scenarios.

An online petition to oppose the creation of a quarry zone was set up this week, and by Wednesday evening almost 4,000 signatures had been collected.

The participants also exchanged views on how to modernise the institutional framework and in particular the quarry licensing process.