Plan to relax measures next Tuesday; no decisions yet 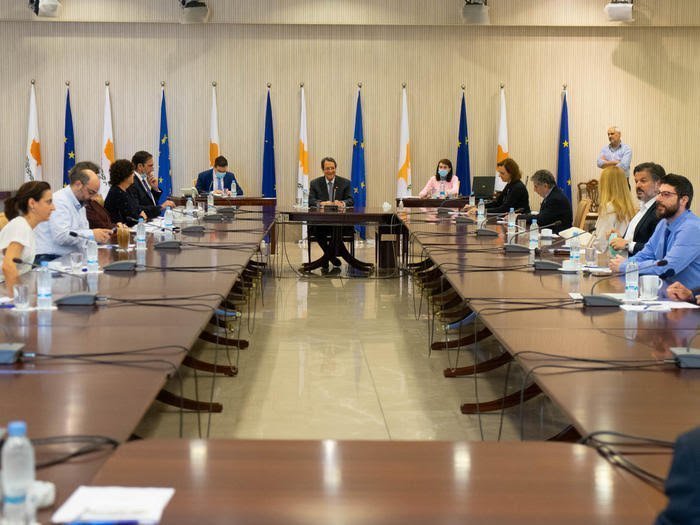 A comprehensive plan covering the first phase of restarting the economy will be submitted to the president next Tuesday, but no decision has yet been taken on which sectors of the economy this will involve and when lockdown measures will be relaxed.

This was clarified by deputy government spokesman Panayiotis Sentonas today after the Health Ministry’s scientific advisory team briefed President Nicos Anastasiades and the ministerial committee on the coronavirus outbreak in Cyprus.

With a downward trend in the number of new cases and hospital admissions, attention has shifted to when a lockdown which has paralysed the economy will be lifted.

Experts have indicated that early May could see some easing, but are still waiting for additional data, particularly after the Easter weekend.

According to Sentonas, during the meeting the scientific team had said they were satisfied with the results of the measures taken to contain the spread of coronavirus, with a steady decline in the number of positive cases.

They also referred to those sectors of the economy that could restart in the first phase, provided the epidemiological situation permits it but warned against complacency which risked destroying the gains made.

The team will present a comprehensive proposal on the first phase of restarting the economy and on easing the restrictions on movement to the president and the ministerial committee on Tuesday, April 28, he said.

A decision will be taken by the Council of Ministers the following day.

Sentonas stressed that no decision has been taken as to date of the relaxation of the measures nor on which sectors of the economy will be covered in the first phase.

And he said that the president and the government wanted once more to thank the public for their self-discipline and responsible attitude which has led to the positive results.

By In Cyprus
Previous articleLyrid meteor shower peaks tonight and will be visible across Cyprus
Next articleCyprus: Fiscal surplus of 1.7%, fiscal debt of 95.5% of GDP in 2019