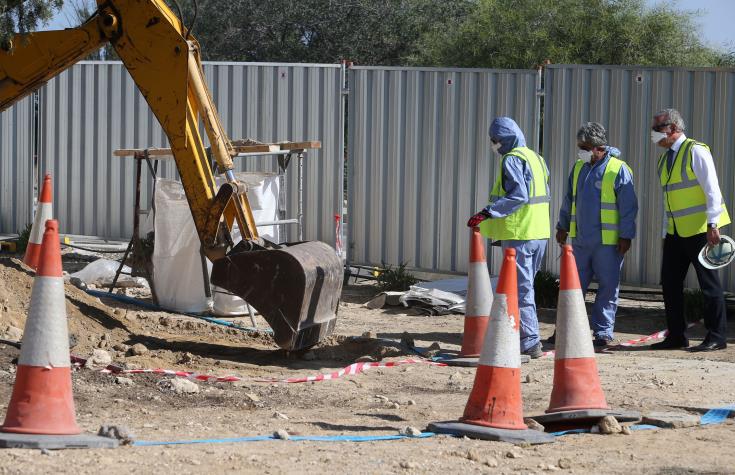 The remains of seven patients of Athalassa Psychiatric Hospital, killed during the 1974 Turkish invasion, have been identified by the Cyprus Institute of Neurology and Genetics, Presidential Commissioner, Photis Photiou, has told the Cyprus News Agency (CNA).

Six of them are Greek Cypriots and one a Turkish Cypriot, he noted.

The skeletal samples which belong to seven patients have been identified after the 2017 excavation at the site, in the framework of a government programme to excavate and identify remains, Photiou said, adding that among those identified is one of three Turkish Cypriots killed during the bombing of Athalassa Hospital, in Nicosia.

He also said that the Institute has all but identified another five persons, killed at Athalassa Hospital, but this has yet to be confirmed.

Efforts continue as regards all skeletal samples unearthed during the excavation at the site, with a view to complete all identifications, the Presidential Commissioner noted.

Furthermore, he said that once these identifications are confirmed, the competent authorities will study the cases of another seven patients, who are said to have been buried at a local cemetery. According to Photiou, the names of two of them are known, but there is no information about the other five.

‘We are approaching the end of this purely humanitarian effort and our goal is to settle this issue which has been an open wound for so many families for almost half a century’, Photiou added.

On July 20, 1974, when Turkey invaded Cyprus, urkish warplanes bombed Athalassa Hospital. Thirty-three persons are said to have been killed: 31 patients, one nurse and one soldier. The bodies of the nurse and the soldier were given to their families and were buried.

Hundreds of Greek Cypriots went missing during the Turkish invasion, most of them combatants but also women, children and elderly people. During the same period and in the early 1960s, when intercommunal fighting broke out, Turkish Cypriots also went missing.