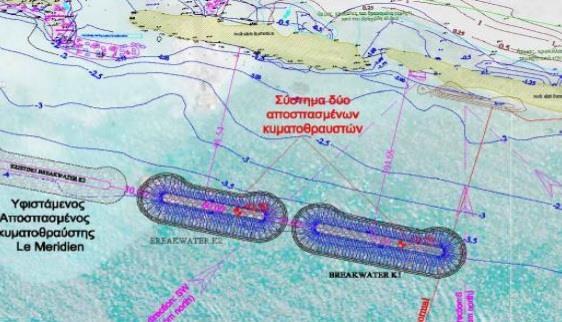 The request to build two breakwaters within the administrative boundaries of Pyrgos in Limassol was rejected by the Environmental Authority, Philenews reported on Tuesday.

After considering various factors which could affect the coastal and ocean space from the building of the breakwaters, the Department of Environment decided to not approve of the building permit.

The reason behind the rejection was that ocean area contains marine habitats which establish it as a well-conditioned marine ecosystem, such as various clusters of Posidonia Oceanica which are inhabited by more than 20 species of fish.

According to the Environmental Authority, building the breakwaters would cause sediment accumulation on the coast, which could then prove destructive for the local marine ecosystems.

Furthermore, the Authority did not deem the breakwaters necessary since the site did not face erosion problems for the past 20 years.

Additionally, the area does not present large wave activity to justify the construction.